William Cameron is a playwright, director, actor, and educator. His plays have been performed around the country, including off-off Broadway at the Harold Clurman Theatre, the Source Theatre in Washington, DC, the Pittsburgh New Works Festival, and numerous community and academic theatres.

Bill is the author of Violet Sharp, winner of the Julie Harris Playwriting Prize. A drama of the Lindbergh kidnapping, Violet Sharp received its world premiere at Theatre 40 in Los Angeles and has been published by Samuel French. ​Bill’s drama Truth Be Told won the Stanley Drama Award and the W. Keith Hedrick Playwriting Contest and was featured in the 2021 Dayton Playhouse FutureFest and the 2020 Ashland New Plays Festival.

​Professor emeritus of Theatre and Communication Arts at Washington & Jefferson College in Pennsylvania, Bill wrote plays tailored specifically to his students, including Intersect, a drama about racial tensions at a small college, and Cease to Exist, a chronicle of the Manson murders. In his thirty-one-year tenure at W&J, Bill founded the College’s first academic theatre program and directed over 40 student productions. As an actor, he has appeared in numerous films, including Hoffa, Lorenzo’s Oil, and the 1990 remake of Night of the Living Dead.

Bill lives in Washington, Pennsylvania with his wife, artist, and actress Susan Martinelli. Truth Be Told
by William Cameron

Winner of the 2020 Stanley Drama Award, presented by Wagner College

Kathleen Abedon’s teenage son Julian carries an automatic weapon into his workplace and opens fire. When the smoke clears, fourteen people are dead, Julian among them. One year later, when true-crime writer Jo Hunter comes to town to interview Kathleen for a book on the shooting, the grief-stricken mother seeks to convince the skeptical journalist that Julian has been framed for the shooting. At a time in our history when the truth is under attack on a daily basis, Truth Be Told explores the nature of objective truth and the ways in which we manipulate and distort it to serve our own ends. 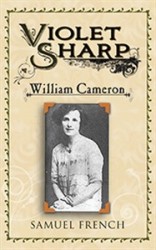 Based on the true story of the 1932 Lindbergh Kidnapping Case, Violet Sharp is named for the young British maid working at the home of Anne Lindbergh’s mother. In the wake of the historic kidnapping of beloved aviator Charles Lindbergh’s 20-month-old son, Violet raises the suspicion of the police with a contradictory testimony about her whereabouts to police investigator Officer Walsh. Under pressure from her own personal demons as well as the police, Violet’s efforts to clear her name cannot seem to overpower a growing reputation of guilt.

VIOLET SHARP may use double casting. The playwright suggests the following but other combinations are certainly possible and are left to the discretion of the director: 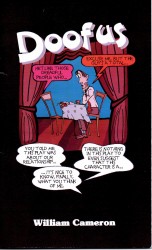 In the midst of the final dress rehearsal for her new play, director/playwright Dana is devastated when her fiancée Cliff, incensed and embarrassed that the character based on him comes off as a hapless buffoon, storms out. Distraught, Dana turns to Alice and Beck, her two actors, for comfort but they have issues of their own. Trapped in a loveless marriage with an older man, Alice has stumbled into a secret affair with Beck, her leading man. After some soul searching by all involved, Cliff stumbles back in with yet another crisis that brings everything to a head. 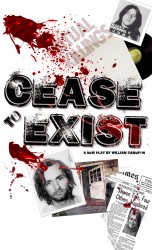 Cease to Exist
by William Cameron

Patricia Krenwinkel, convicted for her role in the 1969 Tate and LaBianca murders, has now served 38 years of a life sentence and is up for parole.  As she attempts to convince the parole board of her suitability for release, Krenwinkel is inevitably drawn back into the events of her troubled past—her childhood, her first meeting with Charles Manson, her life with the 'Family'" and, ultimately, her participation in the infamous murders.   Cease to Exist takes us inside the tormented mind of Patricia Krenwinkel as she recounts her crimes and, ultimately, comes face to face with the sister of her most famous victim. 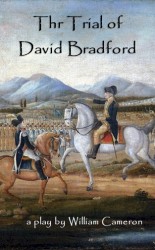 The Trial of David Bradford
by William Cameron

David Bradford is brought to trial for treason for his role as a rebel leader of the Whiskey Rebellion of 1794. His lawyer, Daniel Redick, must fight the considerable powers of the United States government to save his client from the gallows. Commissioned by the Whiskey Rebellion Festival in Washington, Pennsylvania, The Trial of David Bradford will receive its world premiere in July 2021. THESPIANS covers a year in the life of the Pinecrest Playmakers, a community theatre troupe.  In act one, a coup is underway at The Odd Couple’s opening night party.  Wally is seeking to have neophyte Eddie kicked out of the show.   Act two starts with Digger in jail for attacking the local drama for his vitriolic review of Digger’s Hamlet. With only 25 minutes until curtain, what deals will have to be struck to get Digger out of the slammer and into his codpiece?  In the final scene, the women’s dressing room on opening night of A Streetcar Named Desire is ablaze with conflict as egos rise and fall, new rivalries simmer, old ones burn out, until all must unite in the face of one last crisis.

Inspired by the notion that bad exposition can make for good comedy, A Disturbing Encounter at the Calhoun Residence Involving Sex, Marriage and the American Musical Theatre takes us to the home of Roger and Charlotte Calhoun. Having received a mysterious phone call suggesting that Roger may be the illegitimate father of a local teenage girl, the Calhouns are thrown into a tizzy when their teenage son Billy shows up with Suzie, his new girlfriend. Could this be Roger's daughter? Gasp! 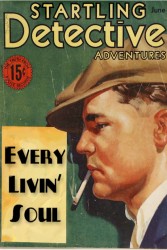 Every Livin' Soul
by William Cameron

In the darkest days of the Depression, a stranger finds refuge in an Ohio farmhouse.  He begs a meal from Hannah, the widowed owner, and the two form a kinship. For Hannah, this handsome young man might be the harbinger of a brighter future.  As her husband used to say, “There’s a little bit of good in every livin’ soul.” But when the stranger’s perilous secret is revealed, Hannah finds herself in a struggle for her family’s very existence.

Inspired by actual events, Every Livin’ Soul celebrates the resilience of hope in the face of desperation and heartbreak.

Cast:
Hannah Winship Grey Mid 40s. A widowed farmwoman. Generous to a fault and a bit of a dreamer, Hannah longs for a more prosperous future that doesn’t include farm labor/ Herk Winship 40. Hannah’s younger brother. Herk is a farmhand with a taste for adventure and melodrama./ Dot Winship Mid-late 30s. Herk’s wife. Heartbreak and bitter disappointment have intensified her religious fervor./ Choc 30. A drifter, looking for a new start, haunted by his past.

"Every Livin' Soul", William Cameron's Depression-era drama, was named Best Play of the 2020 Dayton Playhouse FutureFest. The play was also voted audience favorite of the Festival.

The Wagner College Theatre has announced that the winner of this year’s Stanley Drama Award is William Cameron for his play, “Truth Be Told.”

Violet Sharp, winner of the 2007 Julie Harris Playwriting Prize, is available for production through Samuel French.