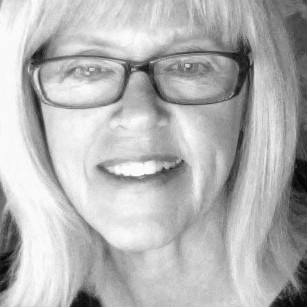 Janet Preus has over thirty years of directing and teaching theater and currently reviews theater for the Minneapolis-based website, www.howwastheshow.com. She writes primarily for musical theater and is an alumni member of the New Tuners Writers’ Workshop under John Sparks in Chicago. A show developed there was accepted into the Stages Festival of New Musicals, Chicago. She is a bookwriter for Church Musicals Inc., Nashville. She produced, directed and performed with a vocal jazz and pop group for many years. She has won national songwriting awards and state awards in both print and broadcast journalism, and is the recipient of artist grants from the McKnight Foundation and Jerome Foundation. She is an editor of Specialty Fabrics Review, a publication of the Industrial Fabrics Association International. 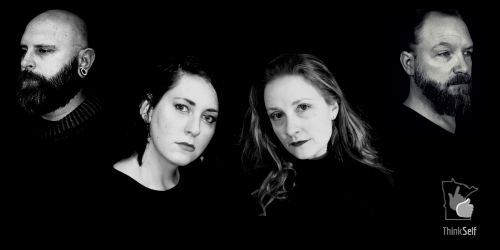 Welcome to Hell, Please Choose from the Following Options (wth)
by Janet Preus

What if we discovered that “Hell” is a place that we have chosen for ourselves and then can’t seem to leave? After a long-term, abusive relationship, “Hell” is all too familiar to HE and SHE. He turns to alcohol, stupid jokes and wisecracks; every once in a while it gets out of control. He’ll apologize, she’ll take him back, he’ll feel he’s “won,” and she’ll feel “loved.” The cycle of abuse continues, the crazies are never far away, and although the emotional chaos may subside, it never disappears. Until Act II. All the same things happen more or less–just as in the cycle of abuse–but this time she, essentially, says “stop.” Not immediately, but little by little she realizes she is not powerless, and change is possible. It’s a revelation for both of them.

Cast:
SHE A smart, attractive, professional, fifty-something woman. She appears younger. Was in a relationship with HE for a long time. HE The same approximate age and also a professional. Although he’s an abusive personality, he is often charming and can be quite likeable, if he chooses to be. THE VOICES: The voices should provide darkly comic relief, especially the Telephone Voice of Hell. These can be played audio recordings, video recordings, or live, but they do not participate physically in the action. TELEPHONE VOICE of HELL: female and obnoxiously soothing. A VOICE ABOUT THE MONSTER: male or female DR. MORRISON: male, patronizing, a psychiatrist JUDGE: male, gruff, older ANOTHER VOICE: male or female THE OTHER WOMAN RALPH: a therapist, upbeat and cheerful A PSYCHOLOGIST: male or female TELEPHONE VOICE (DOUG): male, doesn’t care about his job 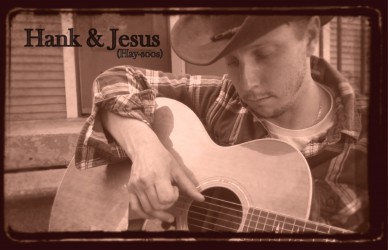 Just out of a half-way house, estranged from his family and broke, Hank spends most of his time with his guitar, writing country songs, which is the only thing he really wants to do. It will take a miracle will keep him sober and get him a job, much less get him to go home for Christmas. He can’t even finish a song, and then a guy shows up at his door, needing a place to stay. He says his name is Jesus. 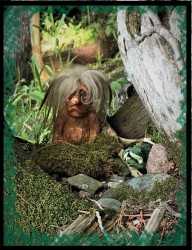 This musical for all ages is set in rural Norway a long time ago, “Snip, Snap, Snute” tells the story of Annemarie, the Farmer’s daughter, who was raised by trolls, and a troll girl who was raised by the Farmer. Now young teens, both girls long for a place they can fit in. When the trolls capture the Farmer as he’s trying to herd his billy goats across the bridge, the girls meet by chance, and resolve to work together to save him. Facing such desperate circumstances, the two young heroines learn to believe in themselves and succeed in the impossible. Because of them, perseverance and tolerance are rewarded, and everyone finds their “heart.”

Cast:
This show has an exapndable cast with an abundance of character roles for youth and adults. Diversity is encouraged.

The Gift
by Book by Janet Preus, Music and lyrics by Ed Kee and T.W. Hale

Based on O. Henry’s classic short story “The Gift of the Magi,” this timeless story of sacrificial love at Christmas has been expanded into a delightfully entertaining hour-long Broadway-style musical. Set in the early 1900’s in New York City, this moving story is told with tenderness and humor, yet makes a powerful statement about love and sacrifice. Appropriate for all ages.

Transformation Theatre, located near Washington D.C., presented a virtual reading of "Welcome to Hell" with Deaf actors and a Deaf director, and thoughtfully produced to be accessible to Deaf audiences. Live performances were in October 2021.

ThinkSelf presented "Welcome to Hell" June 7-10, 2018 at Open Eye Theatre, Minneapolis - a sold out run! Particularly unique as it was co-performed by hearing and deaf actors in English and ASL. Written by Janet Preus, with prose poems by Jane Sanderson and contributions by Josh Will.