Kevin is an award-winning playwright and screenwriter originally from North Dakota. He holds degrees from the University of Minnesota (BA, History & Philosophy ’03) and the University of Texas at Austin (MFA, Creative Writing, Michener Fellow ’13). His work is published by Broadway Play Publishing, Oberon and Playscripts. and has been reviewed in a variety of outlets including the Dallas Morning News, the Guardian, Time Out London and the Pioneer Press. Kevin first studied playwriting at the Royal Court’s young writers program and has received both the Jerome and Michener fellowships as well as a number of awards and scholarships, including the UK International Student Playscript (COYOTE), the Kernodle and the Southwestern Playwriting awards (DREAM OF PERFECT SLEEP) and the Sewanee and Kenyon playwriting scholarships. His IRIS with Red Eye in Minneapolis was named best playwriting by Lavender Magazine’s year in review, 2010. He has been a finalist for the Yale Drama Series (THEN WAVES), the Pen Center USA (THEN WAVES, WOLF CRY WOLF), and the Princess Grace (DREAM OF PERFECT SLEEP) awards in addition to the Lila Acheson Wallace program at Juilliard (MODERATION). His drama DREAM OF PERFECT SLEEP was nominated for an Offie and is available from Oberon. His work has appeared in the UK and US in collaboration with the Finborough, History Theatre, the Living Theatre, Page 73, the Playwrights’ Center, Red Eye, Spooky Action Theatre and Theatre503. In 2017 Kevin worked on BBQ Films Emmy-nominated live theatrical ECoin Launch Party, in support of MR ROBOT. Most recently his new play MODERATION received a Zoom workshop with Spooky Action Theatre, a public Zoom reading with UP Theatre in Manhattan, and was named a semi-finalist at the Austin Film Festival. In collaboration with London-based director Abbie Lucas, he’s at work on three original feature screenplays and a concept for television. He also hosts a podcast about things people love, called GET THIS as well as a podcast about the dark side of creativity called ART OF DARKNESS. He also is co-founder of the experimental theatre writers Cut Edge Collective. He lives in Saint Paul and is online at kevinkautzman.com. 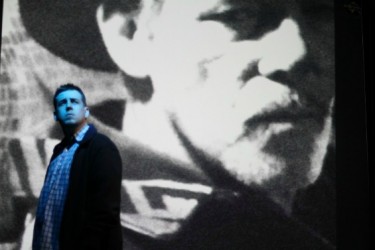 A racist militiaman on the border takes the new kid for a ride. When the kid's real motivations become clear, questions of race, loyalty, duty and truth come dramatically to live in this contemporary, darkly comic border western.

A drama about losing your grip on reality, and the consequences.

Dream of Perfect Sleep is the story of an ageing couple, Mary and Gene, and their adult children - recovering-addict Robert and new-ager Melissa. Mary suffers from severe vertigo and just wants to watch her TV show. Gene is busy organizing a very special holiday dinner, but party planning isn’t exactly his strong suit. When the estranged kids come home for the holidays, Gene reveals some unexpected news that threatens to destroy the family’s already strained bonds… 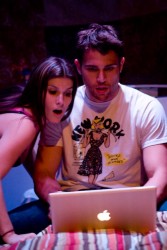 IF YOU START A FIRE [BE PREPARED TO BURN]

An Internet sex comedy for the Recession Generation.

Lucy and Chris are typical American twenty-somethings struggling to survive the Great Recession with their dignity intact.  They hate their jobs like most everybody else, but they need the insurance...

Excerpted in the Best Mens Stage Monologues 2013, from Smith & Kraus

Cast:
LUCY / LUXXX - F 20s CHRIS / CHRIXXX - M 20s BIG_BEN - A Client TOMMYKNOCKER - A Client A Note on Casting The play requires a cast of two or three, depending on how you intend to handle BIG_BEN and TOMMYKNOCKER. 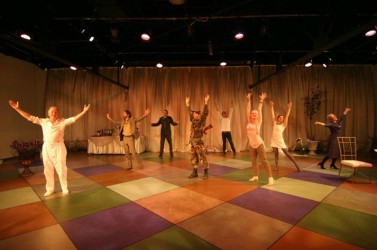 From IPHIENIA 2.0 by Charles Mee

Iris believes it’s her wedding day and couldn’t be happier, but in reality her father has conspired to sacrifice her to appease his demanding soldiery, well meaning men who will only go to war upon seeing their leader offer up that which he holds dearest... 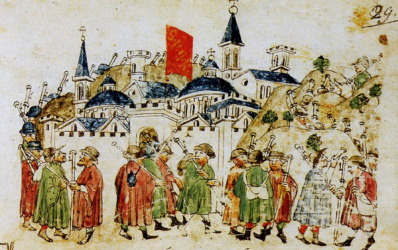 A comedy about student loans and a trio of students who've had enough.

At College Town, USA you can get a degree in theatre, sociology and medieval studies, but as soon as you're graduate, you're on your own. When three struggling alumni discover the exceptionally high salaries of the coaching staff of the beloved College Town, Bucks football team, they decide to take direct action and free themselves from a lifetime of debt. Their solution just happens to involve kidnapping for ransom.

In the darkly comic drama, social media content moderators lose their mind at work as they struggle to perform well enough to get a better job at the Company, whose mission is to "Connect the World" but whose platform is increasingly becoming an unruly tool for global discord and the worst the human Id can devise.

MODERATION has received readings online from Spooky Action, Up Theater, Broad Horizons and the Blank Theatre. More at moderationplay.com. 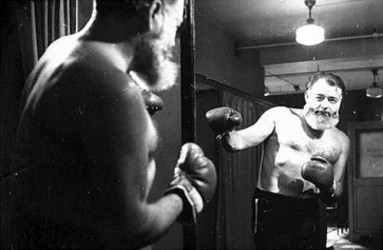 A commission from History Theatre in St. Paul, MR HEMINGWAY addresses the famous author's final days as he struggles to remember Paris while facing electroshock therapy at Mayo Clinic in Rochester, Minnesota. 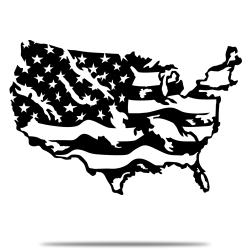 A drama about an American soldier who returns from the Middle East with PTSD.

A discharged American soldier returns from war to do violence upon his estranged son, who may not be his at all. Set in the American Midwest, THEN WAVES explores the issues of violence’s echo in uncertain times. 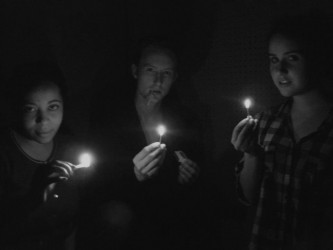 In "Wolf Cry Wolf," when Steph returns home to North Dakota for the first time in years and surprises her estranged childhood friend Jane, they descend into their memories and relive the summer Jane told Steph her deepest secret: she knows how turn into a wolf. 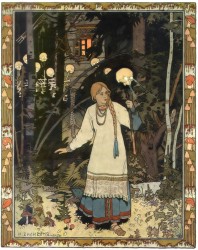 A troubled girl. A talking doll. A witch with boundary issues. All this and more (with puppets!) in VASILISA MOST LOVELY, an adaptation of the Russian folktale for all ages, with puppets, live music and damn it, yes, magic. On her deathbed, Vasilisa’s mother gives her a special doll to comfort her in her grief. Later, when faced with excessive chores at the hands of a greedy step-mother and step-sisters with serious boy problems, Vasilisa discovers her doll really does have the power to comfort her. Literally. A play about loss, growing up and the hope that kindness might heal what time cannot. VASILISA MOST LOVELY is an original adaptation of the Russian folktale featuring Vasilisa (the loveliest girl in the country), her snarky doll and the infamous Baba Yaga.

Cast:
You can do this play with as few as six actors. VASILISA FATHER MOTHER MIDWIFE THE DOLL STEP-MOTHER STEP-SISTER 1 STEP-SISTER 2 BABA YAGA THE WHITE RIDER THE RED RIDER ASSISTANT 1 ASSISTANT 2 ASSISTANT 3 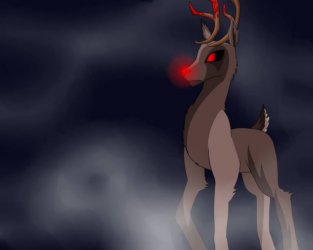 Anywhere High School's Drama Club is about to stage yet another infamously terrible holiday play by their oft-absent drama teacher, Mr. Colby, when he departs for a sabbatical. Left to lead themselves, the backstage crew decides to stage their own action-packed holiday play about the first Christmas after the Apocalypse: Reindeer Apocalypse Storm! The problem is, there's no budget, people are quitting left and right, and the new playwright has no idea that his play is ridiculous. Will school spirit, artistic collaboration, and cyborg reindeer be enough to overcome the odds and create a hit holiday show?

MODERATION is being presented via Zoom at the Blank Theatre in their Living Room Series, through December 31st, 2021.

Broadway Play Publishing now offers editions of DREAM OF PERFECT SLEEP and IF YOU START A FIRE [BE PREPARED TO BURN], in print for the first time. Find them here.

MODERATION was named a semi-finalist for the Austin Film Festival.

New play MODERATION will receive its first public reading on Sunday, May 24th, 2020 through Spooky Action in DC, via YouTube. Details can be found here.

Broad Horizons, a developmental theatre company in New York City, recently announced my new play MODERATION a finalist for their annual reading series. This play I wrote last year and deals with social media content moderators losing their minds at work. Find it on NPX.