The Playwrights' Center held its 45th Anniversary Gala May 4, 2017 at The Blaisdell in Minneapolis. The Center’s Producing Artistic Director Jeremy B. Cohen called the event “a benefit to support the creators, the legacy-builders and innovative theater-makers who transport us through the art of storytelling.” More than 200 guests gathered to raise funds for the play development center and the 2,000 playwrights it serves, and to honor playwright and Obie Award-winning director Marion McClinton. McClinton has been part of the Playwrights' Center for decades and is one of only six legacy Core Writers at the Center, meaning his position as a Core Writer is perpetual, rather than the usual three-year term. 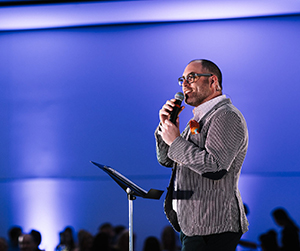 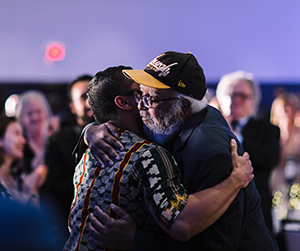 Idris Goodwin, the evening's host and a Playwrights' Center Affiliated Writer, wrote and performed a poem called “Ode to the Playground” for the occasion, which celebrates the Center as a gathering place and sanctuary for artistic experimentation. Goodwin also paid tribute to Marion McClinton, who he has worked with as a director, saying “Marion is the type of theater collaborator that helps you better understand yourself as an artist and your position in the great lineage.” 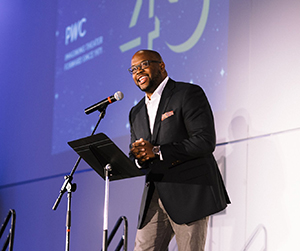 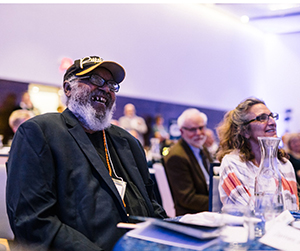 A video played at the gala shared stories from artists who have worked with McClinton over the years, including Anthony Chisholm, Tracie Thoms, Jerome Preston Bates, Constanza Romero, Lou Bellamy, Terry Bellamy, and James A. Williams:

When McClinton got up to speak after the video and Goodwin’s tribute, he joked “Man, if I’d known all that, I’d have asked for more money.” He continued, “But, I got paid. Not paid in coin or gold or silver, but paid in blood, paid in the blood of those who came before me, who fought outrageous battles in outrageous times.” McClinton’s remarks recognized the artists who inspire him, and theaters like Penumbra Theatre (“Where I became an artist”) and Pillsbury House Theatre (“Where I got my sea legs back”). About the Playwrights’ Center, McClinton said “It’s where I learned that my voice had meaning.” He spoke about the impact Playwrights’ Center founder Barbara Field had on him when he was starting as a playwright, saying “She has as much to do with me writing as anybody.” 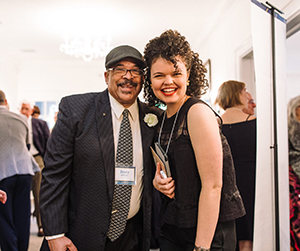 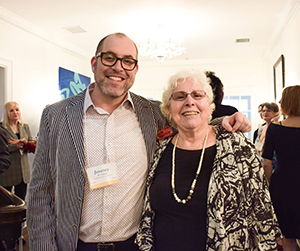 The 45th Anniversary Gala also featured an “instant new play festival,” where guests bid to commission one of three playwrights to write a play on the spot based on prompts from the winning bidder. The playwrights—Philip Dawkins, Aditi Brennan Kapil, and John Olive, all Core Writers at the Playwrights’ Center—had 20 minutes to write the plays, then a 10-minute rehearsal with actors and directors. The evening concluded with the performances of these just-written plays. 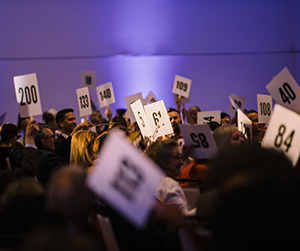 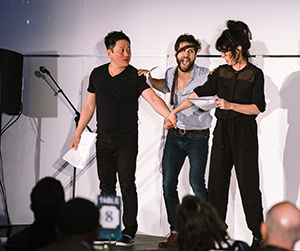 Thank you to everyone who supported and attended the gala!

See many more photos from the gala »