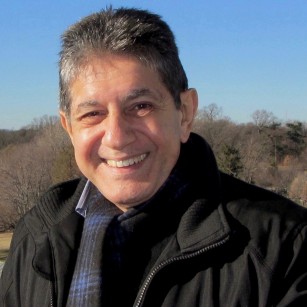 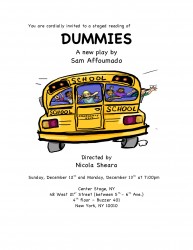 Attempting to avoid the draft and the inevitable tour of duty in Viet Nam, a reluctant, newly appointed teacher, struggles to keep his first classroom assignment as he grapples with his disruptive group of “special needs” students under the watchful eye of the administration.

Hel’s Kitchen, set in The Bronx of 1961, is a watershed weekend in the life of a young woman. Helen, the eighteen-year-old, sewer-mouthed fat girl, along with her friends Vinny (the stud), Stanley (the brain) and Fern, a student of beauty culture, are not quite prepared to leave their teenage years behind them. They discover that their relationships to one another must be re-defined in order for them to survive as a group and emerge as individuals. Helen has always used her clique to insulate herself from life but now that everyone seems to be going their separate ways, she recognizes that she has been standing still while the rest of the world has been passing her by.

How do you get away with murder? Try the Panic Defense.

Four human beings from different corners of America were living their lives when they were brutally killed in cold blood. Their gender identities were the catalyst to four senseless, hate-filled murders depriving each of them of their future.

Loosely based on four real murder cases, The Panic Defense, a full-length, one act, docudrama, examines the tragic realities of growing transphobia and homophobia in America. “Gay panic defense” strategies are used to malign the victims and blame them for their own demise, thereby lessening the criminal sentences for their perpetrators. When brought before a court of law, the question remains: Is there justice for all?

During a period of isolation and a recent personal loss, a man takes a lesson, from an unusual source, as he imagines himself in a world with a more promising future.