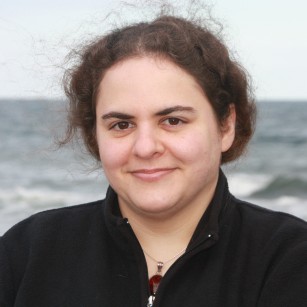 This Teddy Bear is My Valentine

This Teddy Bear is My Valentine

In the future genetic profiling is cheaper, widely accessible, and trending.  People look to their genes for guidance in exercise regimens, employment, romance, and even what hobbies to pursue.  Siblings Charlie and Emma have their genetic profiles done on a coupon.  Charlie, a gay man in a committed relationship, is told that according to his genes he's straight.  Emma's hopes of learning cooking and hosting dinner parties for all the friends she's going to make are dashed and she's told she should learn a musical instrument.  Charlie struggles to decide if his genes really are his destiny or if he should go against the science everyone around him wants to rely on and follow his own heart.

Hidden Potential, or The Straight Gene was written with the help of a Grants for Artists Projects (GAP) grant from Artist Trust.

Cast:
2 male, 2 female; The characters are similar in age, from late twenties to late thirties. I am open to changing the genders of the characters.

My play Love Torments was in OGP's 10th Annual St. James Tavern Valentine’s Day Theatre Shorts Festival, you can watch it at www.youtube.com/watch?v=KYzX9KiNFw8

My play Spaghetti is going to be in NW10: Into the Cybersphere! Live stream date Feb 11 and 19. Complete festival will stream on demand February 25-28. Digital roundtable discussion on Thursday, February 25 at 6:30pm.  More info from Oregon Contemporary Theatre at https://www.octheatre.org/nw10

My short plays “Hanuka Mishaps #3: Cooking with Oil” and “The Holiday Curse” are in A Very Covid Christmas from Madlab. More at: madlab.net/a-very-covid-christmas.html.

My play Terry's Wedding Was the Worst is in the OGP Social Distancing Festival, August 14-22.
Plays written to include Covid-19 safety precautions, including but not limited to: characters remaining 6+ feet apart, wearing masks, or with barriers between them.
www.facebook.com/events/3109113412538560/