You have a background in dramaturgy and literary management. How does this influence you as a playwright?

Working in literary departments exposed me to an extraordinary array of voices very early in my formation as an artist. Not only did I encounter a huge variety of writers (including some of my favorites to this day), I also had to articulate why and how scripts work (or don’t) on a craft level. In a script meeting with an early mentor, Gabe Greene, I told him that I thought a particular play was interesting. He said, with great kindness, “That tells me what you find interesting, but it doesn’t tell me anything about the play.” That was a pivotal moment for me. It helped me look beyond taste to understand structure, form, and dramatic engine. And, paradoxically, it helped me strengthen my taste. I gravitated towards plays that are formally adventurous, thematically ambitious, and dramaturgically unwieldy. I had to learn how to advocate for those plays I loved analytically as well as emotionally. And those are the kinds of plays I strive to write now.

I’m fascinated by the failure and the legacy of the American Dream, the belief that we can slough off our old identities like snakeskin and start new. But we can’t, not really. I think that’s why my plays are full of ghosts. I believe most of us are running from something. It makes me wonder: What haunts each of us? Why do our ghosts always find us, wherever we go? How do we escape these ghosts? Those questions lead me to excavate the contradictions of identity—I’m curious about how the way we see ourselves runs up against the way authority figures see us or try to define us. And I’m obsessed with the impossibility of acting ethically in an inherently corrupt world. So what does it mean to be good? How do you lead a meaningful life? All these questions and threads are inextricable for me.

There are too many to pick one. The past few plays have led me to search for such gems as, “how do you slaughter a bull;” “plant hermaphroditism;” “Quechua social structure;” “physics of hanging;” and “origin of the teddy bear.” Each search opens up its own series of rabbit holes. I love that. I do a lot of research, especially when I’m trying to do something sensitive, like write characters who are part of the indigenous Quechua community in Peru. For that, I started with a Google search, now I’m doing book research, and then I’ll conduct interviews. Another subject I’m obsessed with and have been exploring for years is how someone becomes radicalized. I’ve done quite a few searches on that subject. I’m sure I’m on a list somewhere. I’ve mentioned this to other writers who are sure they’re on a list somewhere too. I like thinking there’s a filing cabinet in an intelligence office somewhere dedicated to playwrights.

One play I’m working on is about a mountain climber and suffragist at the turn of the 20th century. It’s inspired by a woman named Annie Peck. Right now I’m using the guidebooks she wrote as the formal backbone of the piece. I’m interested in exploring her relationship with her Quechua porter. She was so progressive in one area of her life (not only was she was the first woman to climb in pants, she was also a classicist and one of the first female professors in the United States)—but the way she regarded the indigenous communities she encountered in South America was deeply problematic. I want to use her story to talk about contemporary problems surrounding gender and privilege. In writing this play I’m trying to explore my own blind spots about white feminism. It’s very humbling—and rightly so. 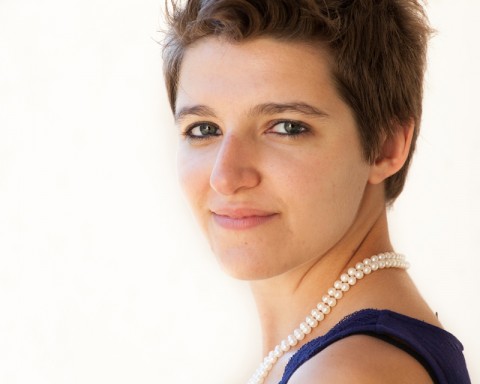