Core Writer Ken Weitzman is at the Playwrights' Center this week, workshopping his new play seal boy with Director Jason Ballweber and actors Mo Perry, Peter Christian Hansen, Gabriel Murphy, Pegeen Lamb, Audrey Park, Sandra Struthers, and John Middleton. There will be a public reading of the play Wednesday, March 15 at 2 p.m. A mini-interview with Ken:

What was your experience like working on Halftime With Don as part of PlayLabs last season?

Being afforded a movement coach showed me in three dimensions Don’s Herculean struggle to move and deal with pain. I fully explored the contrast between his present-day heroism and his heroism on the gridiron. After each reading, I had audience members literally weeping in my arms. So, yes, it was amazing to get the play in production-ready shape but the event of the reading itself had an impact and was amazingly rewarding.

What is the most surprising place you found inspiration for a play?

Facebook posts. Specifically posts from parents about how amazing they are—how they set up imaginative dioramas of Star Wars figures for their kids, or created a family rap song, or post about how many darn accolades their kids are earning, clearly a sign of successful parenting. Etc. etc. etc. As a less-than-perfect parent with, frankly, a kid who’s struggling mightily, I found these posts so demoralizing that I had to write a play.

I’m working on a play called seal boy.  It takes place in a slightly altered reality in which parents can be sued for even the tiniest misdeeds of their children. The protagonist Meg faces an additional obstacle when she gives birth to seal. The play looks at the fetishizing of parenthood and what happens when you’re faced with raising a child who defies definition, and carries the potential to make your worst nightmares come true. And it’s funny!

I find myself continually drawn to writing about acts of heroic self-sacrifice; acts I wish I had the courage to take; actions extreme enough to spur change. As Norman Morrison, on whom I based my play Fire in the Garden preached, “Without the inspired act, no generation resumes the search for love.” 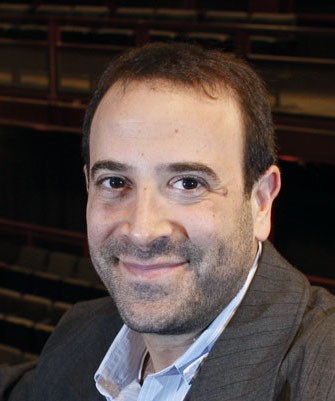