Jerome Fellow Katie Bender is workshopping her new play One Night Only at the Playwrights' Center this week. She is collaborating with director Hayley Finn and actors Pearce Bunting* and Michael Wieser* (*Member of Actors' Equity). Join us for a reading of the play Wednesday, November 16 at 2 p.m., no RSVP necessary. We asked Katie a few questions:

What defines “immersive theater” for you, and in what ways are you drawn to creating it?

Immersive theater is tactile, it’s experiential and it honors both the audience as a group and their individual experience inside the story. I love making immersive plays with Underbelly, because I get to really focus on audience experience when crafting the narrative. Also, our plays are just so damn fun.

Your play Still Now incorporates Butoh dance. What creative power do you find in combining forms like this?

The biggest changes in my life, like having my daughter, have been experiences that my mind simply could not fathom but that instinctively my body understood. I love theater that leads the audience into a similar experience of the unknown. To me, bodies on stage—and specifically Butoh onstage—points to the power of the unknown.

I’m interested in pushing myself, trying new forms, seeing what I can get away with on stage. One Night Only imagines Houdini’s final escape in the shape of a magic show. The challenge is to track a narrative inside a magic show with two actors and a few simple props. This year I’m also working on a play about Susanna Dickinson and the historically documented survivors of The Alamo. Maybe it’s a musical, maybe it’s in several languages. Certainly it will be much larger in scope than previous shows. Both plays focus on survivors, but the content needs very different structures. 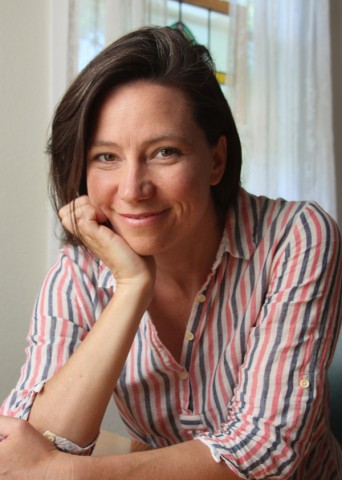