The Core Writer program gives 25-30 of the most exciting playwrights from across the country the time and tools to develop new work for the stage. They receive development workshops and professional support over a three-year term. Work by Core Writers composes the Center’s public season (the PlayLabs new play festival in October and the Ruth Easton New Play Series December through April).

Joining the 20 continuing Core Writers are these six playwrights, whose Core Writer terms will run through June 2021: 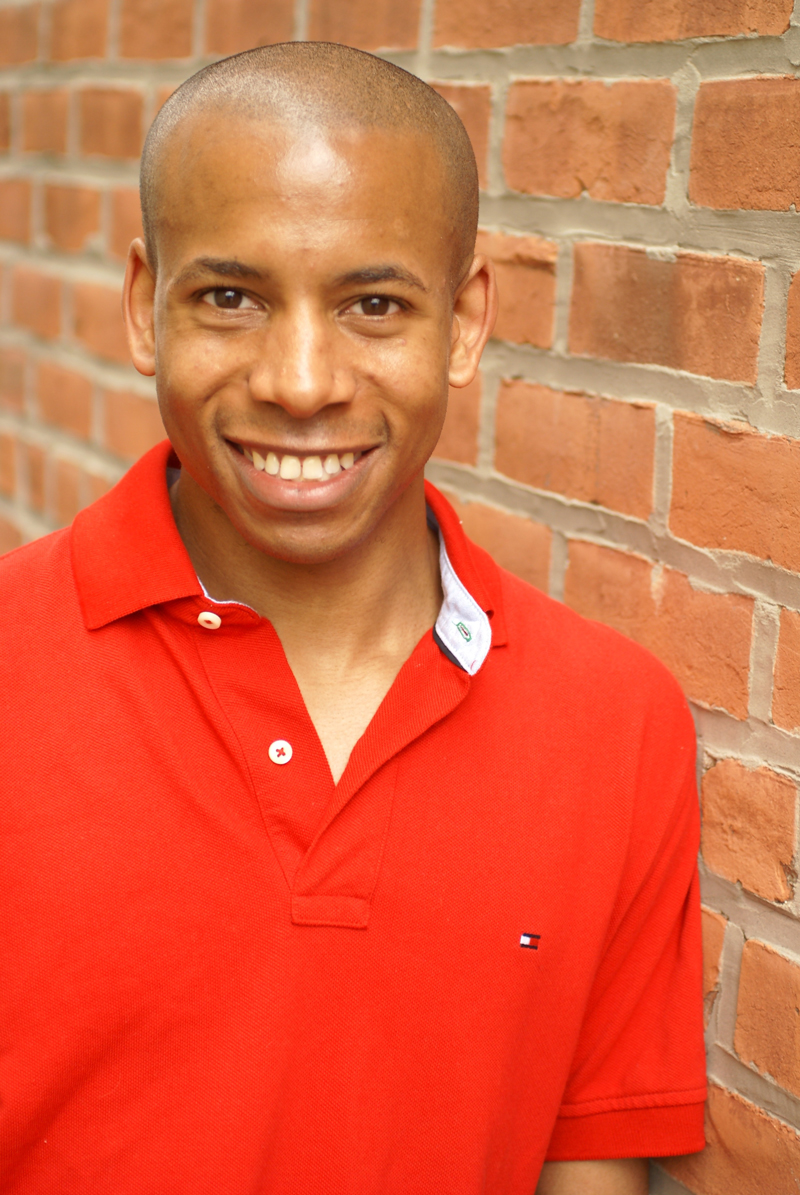 The Playwrights’ Center cares as much about developing the artist behind the script as it does any single text – that excites me because it understands that challenging, vital theater comes from artists who have been given a place to freely and dangerously explore, sharpen, go back, and try again. It’s not an artistic one-night stand, and I’m ready to go steady! 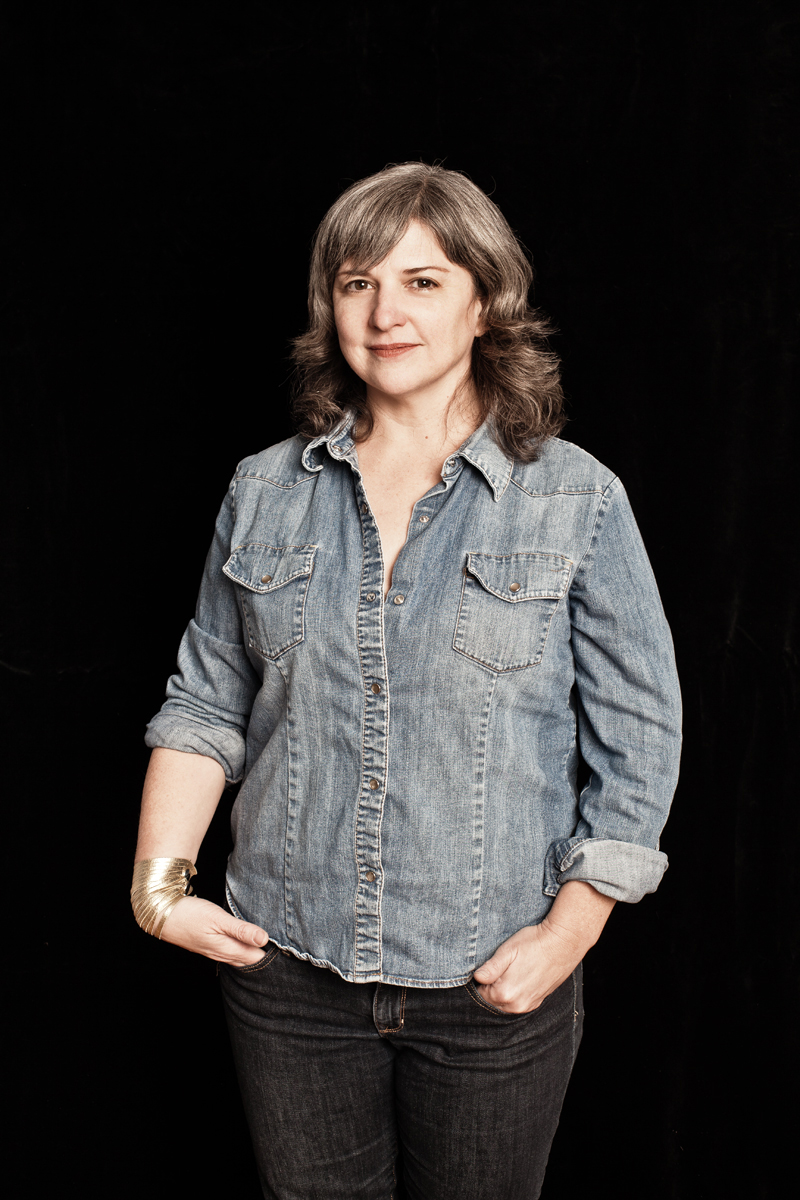 Erin Courtney’s Obie award winning play A Map of Virtue, produced by 13P and directed by Ken Rus Schmoll, was described by The New York Times as “one of the most terrifying plays of the past decade.” Her play I Will Be Gone, directed by Kip Fagan, premiered at Actors Theatre of Louisville’s Humana Festival of New American Plays. Her other plays Alice the Magnet and Demon Baby were produced by Clubbed Thumb. MFA, Brooklyn College. BA, Brown University. She is a member of New Dramatists, a MacDowell Colony fellow, and a Guggenheim Fellow.

I am thrilled to become a Core Writer at The Playwrights’ Center. Ever since I first began writing plays, I heard about the great work and collaborators that comes through the Playwrights’ Center. Next year, I will be working on my new play Ann, Fran and Mary Ann which is about neuroscience, trauma, and God. I also hope to work on a brand new, experimental musical about tattooed ladies with the brilliant Max Vernon. I am so excited to have this opportunity in which to build innovative work, take risks, and to share the results with new audiences. 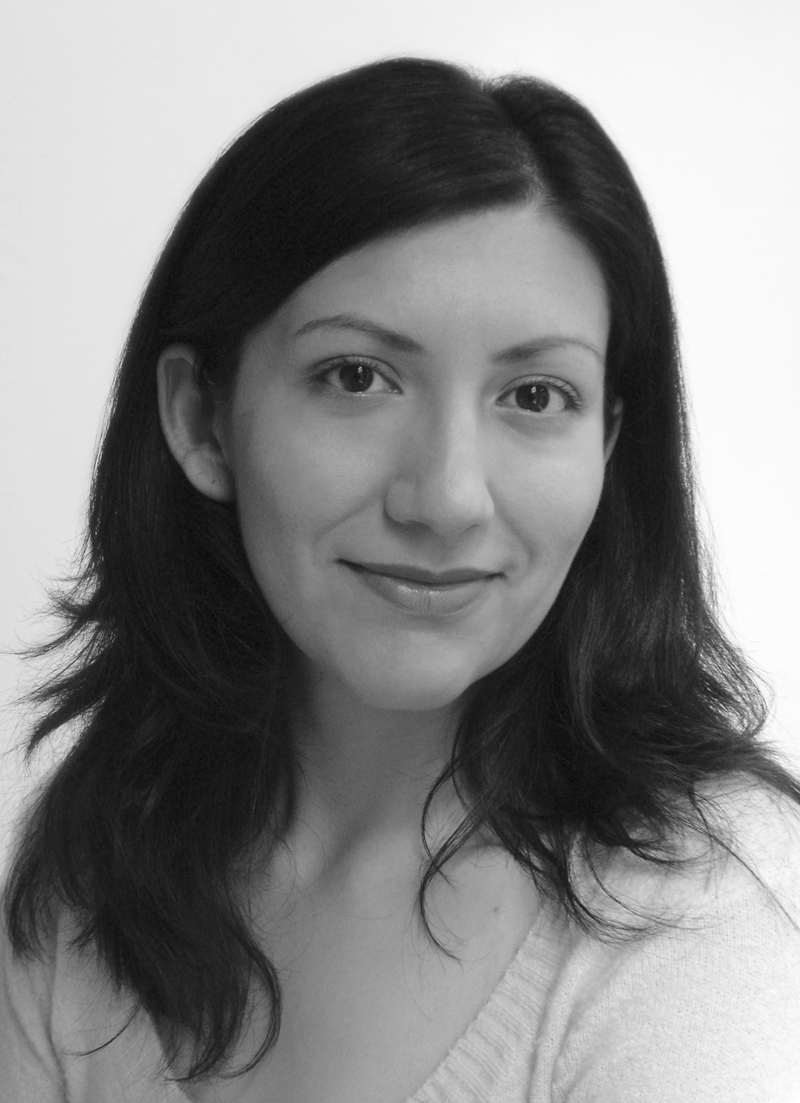 Marisela Treviño Orta is a graduate of the Iowa Playwrights Workshop. She was awarded the 2006 Chicano/Latino Literary Prize in Drama, the 2009 Pen Center USA Literary Award in Drama, the 2013 National Latino Playwriting Award, and is a 2019 Kendeda Finalist. She has developed plays at the Playwrights Foundation, Marin Theatre Company, and at the National New Play Network’s MFA Playwriting Week at The Kennedy Center. Marisela’s produced plays include The River Bride, Heart Shaped Nebula, Ghost Limb, Braided Sorrow, and Woman on Fire. Her plays have been produced by the Oregon Shakespeare Festival, Arizona Theatre Company, Halcyon Theatre, Shotgun Players, and Brava Theater.

As a playwright graduating from an MFA program, I am thrilled to be moving into the next phase of my career with the support of The Playwrights’ Center. The Core Writers program provides the type of support and development that I need to continue my growth as an artist. I am grateful and excited to have this new artistic home and to be a part of a national community of playwrights. In this next year I will be finishing a first draft of a six-hour long adaptation of Charles Dickens’ Little Dorrit which I began earlier this year. It’s been a wonderful adventure to discover my process for adaptation and to take on such a sprawling and epic narrative. 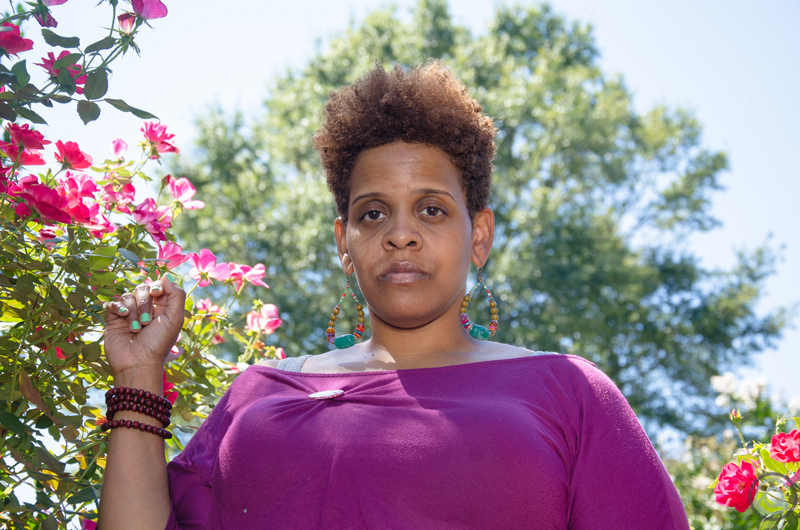 Stacey Rose hails from Elizabeth, NJ and Charlotte, NC respectively. She holds an MFA in Dramatic Writing from NYU. Her work has been presented at: The Fire This Time Festival, The Brooklyn Generator, The Bushwick Starr Reading Series, Mosaic Theater, The Amoralists Theatre Company, Rattlestick Playwrights Theater, The National Black Theatre (The Ballad O' Nigg-O-Lee) and Pillsbury House Theatre (Sven, Ole & The Armageddon Myth). She was a semi-finalist at the 2018 Premiere Stages Play Festival (As Is). She was a 2015-16 Dramatists Guild Fellow, a 2017-18 Playwrights’ Center Many Voices Fellow, and a 2018 Sundance Theatre Lab Fellow. staceytherose.com

Being a Core Writer means I can call the Playwrights’ Center my creative home for another three years. Glory Glory, let the games begin! 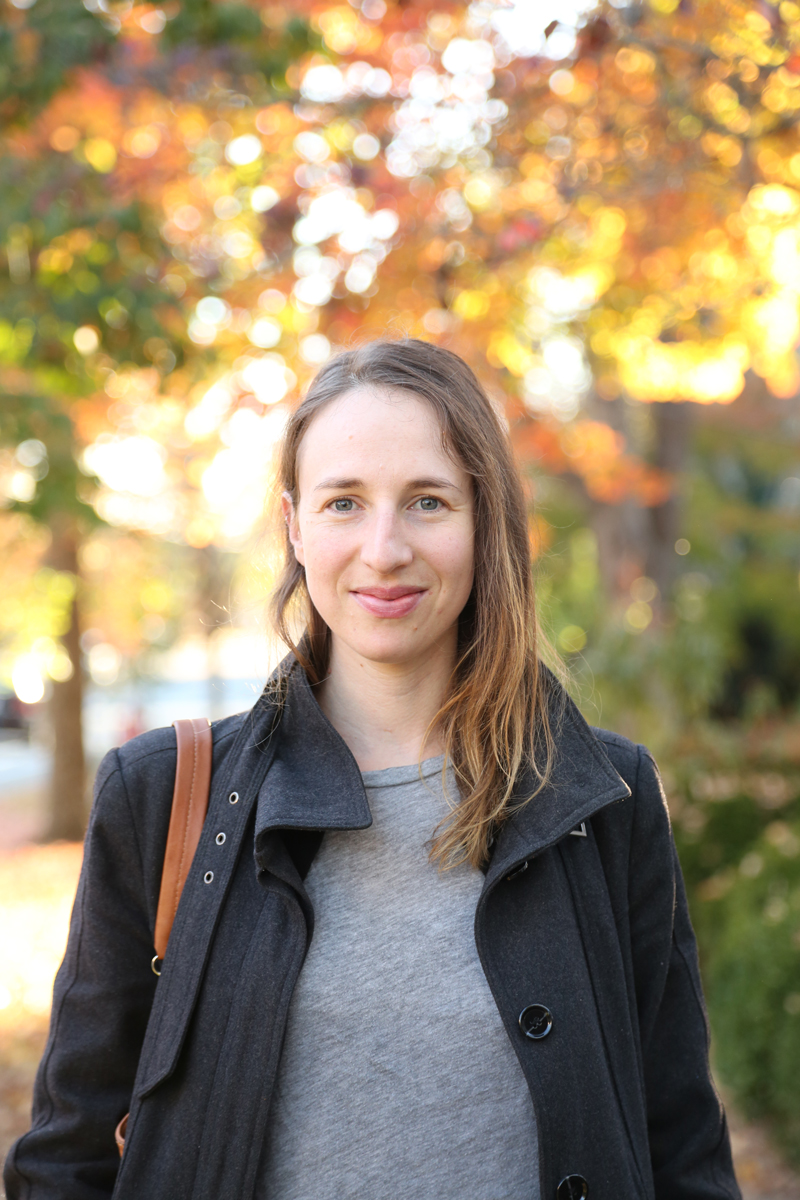 Ariel Stess’s plays include The World My Mama Raised (Off-off Broadway with Clubbed Thumb); Heartbreak (Off-off Broadway at The Bushwick Starr, co-produced by New Georges); I’m Pretty Fucked Up (Off-off Broadway with Clubbed Thumb); Tranquil; KARA, EMMA, BARBARA, and MIRANDA; I WILL BUY EVERYTHING; and The Only Girl in the Hot Tub. Residencies: 2016 Yaddo Writer’s Residency, 2016 SPACE on Ryder Farm with Playwrights Horizons, 2014 Mabou Mines/Suite Resident Artist Program, and 2013-14 New Georges Audrey Residency. She is a New Georges Affiliated Artist. She holds a BA from Bard College and an MFA in Playwriting from Brooklyn College. arielstess.com

The Playwrights’ Center has been a virtual hub and haven since my playwriting professor in grad school first bought us all memberships. I’m so excited now to get to meet and work with this incredible community of national artists face-to-face! 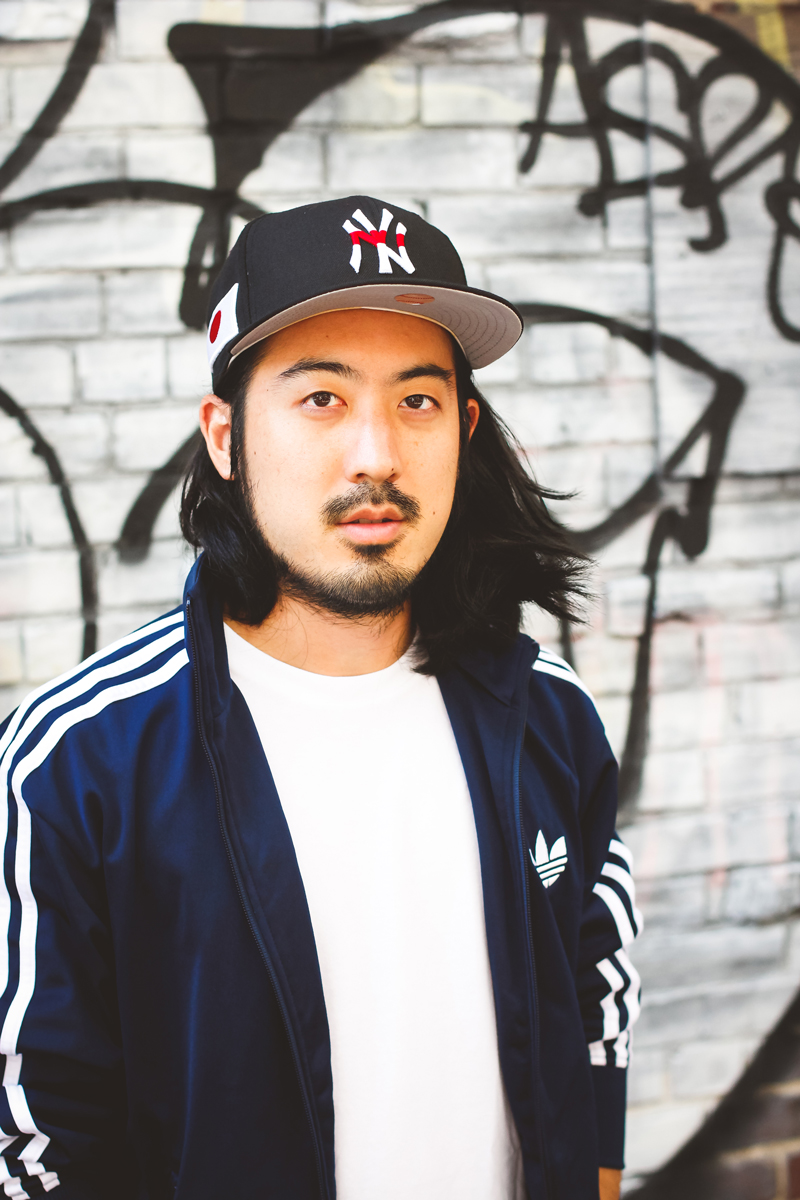 Ray Yamanouchi was born in Queens, raised on Long Island, and received a BA in film and theater from Hunter College in Manhattan. His plays include Tha Chink-Mart (PlayPenn 2018), Impact (Semi-finalist, National Playwrights Conference 2017), and The American Tradition (New Light New Voices Award 2018). He has developed work with WT Theatre, Mission to (dit)Mars, The Blank Theatre, Rising Circle Theater Collective, and Ars Nova. You can find him online @NotoriousYAMs, or as the host of “RE:,” a NYC theater talk show (www.retheatre.nyc).

Very excited to be joining the PWC family! The talent among their writers is extraordinary so I’m just happy to share an artistic space with them. As a Core Writer, I hope to keep upsetting my parents by pursuing this “writing thing.”