Now entering its 16th year, the Ruth Easton New Play Series is evolving, offering deeper development opportunities than ever before. The five featured Core and Affiliated Writers will work with teams of renowned artists, hand-selected by the playwright, to workshop their new plays over a 30-hour development process—a 25% percent increase from years past. Made possible by the support of the Ruth Easton Fund of the Edelstein Family Foundation, this year’s expanded program gives playwrights more time, more space, and more support to radically experiment. And, as a gift to all, these new plays will be showcased online, completely for free. Of all the plays developed through the Ruth Easton New Play Series, over half have gone on to full productions around the globe.

No Cure
by Jake Jeppson

Two lonely souls meet. They fall in love. They dance to Leonard Cohen's “Ain't No Cure for Love.” Turns out, there ain't no cure for terminal cancer, either. In this tender, unflinching play, Jake Jeppson offers a deeply personal portrait of one family's experience with the two big things that can't be cured.

GETTING THERE
by Dipika Guha

College best friends Kai and Julie are due to head back to New York after a miserable vacation in Paris when things come to a head pulling them apart. Kai meets Radha and Anissa—a sophisticated French couple in a life-changing moment, while Julie meets Ira—a woman deep in a war against herself. Twenty-four hours later no one's life is the same. Getting There is a lyrical, funny, and philosophical play about love, and what it means to come home.

THIS MUCH I KNOW
by Jonathan Spector

A psychology professor's search for his missing wife launches us on a time-hopping fugue, weaving together the stories of Stalin's daughter defecting to America, the son of a white supremacist growing to doubt the beliefs he was raised with, and the secret despair of becoming an accidental killer. In This Much I Know, Jonathan Spector takes us on an explosively theatrical interrogation of how we make decisions, how we change our minds, and how much responsibility we bear for the things we do not control.

Joy, an active member of the filmmaking collective Pulp Vérité, is captured and held overseas for four years. After being released from captivity, she returns to the United States to reunite with her friends and restart her life. But when the group realizes Joy has gathered them together for the impossible—to bring her sister who is still a captive with ISIS home—their strength as a collective, youthful ideology and commitment to the cause are shaken to the core.

Nancy is a loosely based bio on first lady Nancy Reagan who is a descendant of Pocahontas, and the story of a Navajo mother and daughter, Esmeralda and Jacqueline. While Nancy tries to control the future through astrology and New Age-ism, Esmeralda fights nuclear waste storage on her homelands and while her daughter develops a debilitating anxiety disorder. The story details how internalized racism, skin color, misogyny, and economic mobility create classism and racism inside tribal communities revealing how some become gladly complicit with white supremacy when it benefits their own desires. 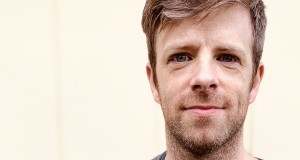 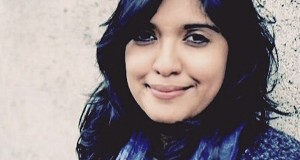 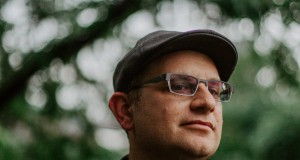 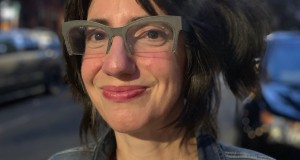 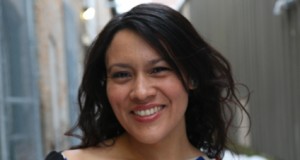