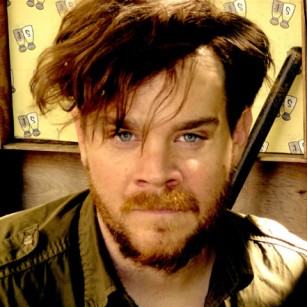 Tim J. Lord is the recipient of the inaugural Apothetae-Lark Fellowship for a writer with a disability, a 2021 writing residency at the William Inge Theatre Festival, the 2019 Reg E. Cathey Writing Residency at the Orchard Project, and a 2017-18 Jerome Fellowship at the Playwrights' Center in Minneapolis. As a native of the Midwest and a member of the disability community he tells stories of people and communities who are often overlooked on our stages and strives to illuminate ignored and underrepresented perspectives.

His play We Declare You a Terrorist received a finishing commission from Round House Theatre and will be produced in their 2021-22 season. Other work has been developed and produced at The Public Theater, The Lark, The Kennedy Center, Actors Theatre of Louisville, New Harmony Project, The Playwrights’ Center, Geva Theatre, Pillsbury House + Theater, Circle Rep, the Summer Play Festival, The Cutout Theatre, The Vagrancy, Barn Arts Collective, The Working Theater and The 52nd Street Ptoject.

Tim studied playwriting with Paula Vogel and Chay Yew, and is a graduate of the MFA Playwriting Program at the University of California, San Diego.

Tim J. Lord was commissioned by the Kennedy Center's Theatre for Young Audiences to write Through the Sunken Lands, a radio play. It's currently available for schools and will soon be released to the public. He got to collaborate with Brian Balcom directing.

Round House Theatre has re-committed to producing We Declare You a Terrorist live and in-person for their 2021-22 season.

He was the Reg E. Cathey writer-in-residence at The Orchard Project in 2019. The residency is given to a promising new work that mixes Reg's love for classic form and new ideas, and I used it to write the first draft of The Hard Price. Set across our two wars in Iraq, the play re-imagines Aeschylus' Oresteia in a small town in North Dakota oil country.

Tim J. Lord will be the Spring 2021 playwright-in-residence at the William Inge Center for the Arts, living in William Inge's boyhood home and teaching playwriting to young writers in Southeast Kansas. More here.

The Lark's BareBones® program presents a workshop production of On Every Link a Heart Does Dangle; or Owed, directed by Meredith McDonough. The play, a radical reimagining of the Oedipus myth, was workshopped at PWC last year and will run at The Lark’s BareBones® Studio from May 10–19 2019.

2017-2018 Jerome Fellow Tim J. Lord was selected as the first ever recipient of The Apothetae and Lark Playwriting Fellowship, with a cash prize of $40,000 plus additional funds for project-related and production expenses.