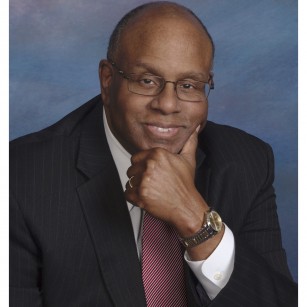 He is also Director, Narrative Health and Medicine, at Hennepin HealthCare in Minneapolis, where he teaches narrative healthcare methods to interns, residents, and staff. his work also includes communications leadership at Hennepin Healthcare where he is currently leading the charge to bring trauma-informed care to the organization. He is the author of the play BECAUSE, about mental health patients in crisis, produced by the Hennepin Health Foundation and presented at Mixed Blood Theater in 2016.

Jones has written more than 60 produced plays, including BLACK NO MORE, winner of the Roger L. Stevens Award from The Kennedy Center Fund for New Plays. The Guthrie Theater, Mixed Blood Theatre, Penumbra Theater, The Children's Theater and many other producing agencies have staged his plays His film, "Which Exit?" was commissioned by HealthPartners to explore challenges related to diversity in healthcare.

In addition, he has written many plays about and for healthcare organizations, including LAZARUS for Medtronic, Inc; FIRE IN THE BONES, for HealthPartners; RING OF FIRE, for Allina Health Systems; and dozens more. He has actively combined the arts and sciences to spotlight human vulnerability, resilience, and spirituality.

Jones was recently selected as one of the "Top 50 Over 50" Minnesotans by AARP Magazine in the "Disrupter" category.

Jones began his career as a medical journalist with Modern Medicine Magazine. His controversial interview with William B. Shockley on Race and Genetics was published in Playboy Magazine. For 30 years, Jones worked as a corporate communications consultant to Fortune 500 companies—and independent, nonprofit organizations—that implement large-scale transformation initiatives. He's an award-winning video producer, group facilitator, and a certified Diversity & Inclusion Trainer.

His work in large-scale transformation initiatives include multi-year program development for Kerr-McGee Corporation in California, Medtronic, Inc., and HealthPartners in Minneapolis, and Burger King in Miami. In many of these settings, Jones has combined his theatrical and film background with his corporate experience.

Jones was a bi-weekly contributor to the Op-Ed pages of the Minneapolis StarTribune from 1996-2006. He is the author of a memoir, "Rescuing LittleRoundhead: A Childhood in Stories," published in 1996 by Milkweed Editions.

He lives in Minnetonka, MN, with his wife, Elizabeth.