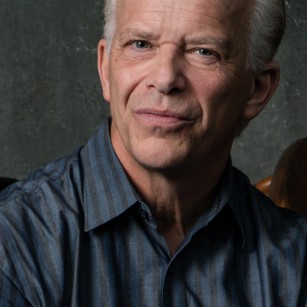 Steven Dietz's thirty-plus plays and adaptations have been seen at over one hundred regional theaters in the United States, as well as Off-Broadway. International productions have been seen in over twenty countries. His work has been translated into a dozen languages. In 2019, Dietz was once again named one of the 20 Most-Produced Playwrights in America by American Theatre Magazine. Recent world premieres include How a Boy Falls (Northlight Theatre, Chicago); Dracula: Mina's Quest (ACT Theatre, Seattle); and two interlocking plays for adult and youth audiences, The Great Beyond and The Ghost of Splinter Cove (Actor's Theatre of Charlotte, Charlotte Children's Theatre). Dietz was awarded the American Theatre Critics Association's Steinberg New Play Citation for Bloomsday; the Kennedy Center Fund for New American Plays Award for both Fiction (seen Off-Broadway at the Roundabout Theatre Company) and Still Life with Iris; the PEN USA Award in Drama for Lonely Planet; and the Edgar Award (R) from the Mystery Writers of America for Sherlock Holmes: The Final Adventure. Other plays seen regularly across the U.S. include Becky's New Car, This Random World, Last of the Boys, Rancho Mirage, Yankee Tavern, Private Eyes, God's Country, and The Nina Variations. Previously a professor of playwriting and directing at the University of Texas at Austin, Dietz now serves as a Dramatists Guild "Traveling Master"—teaching workshops in playwriting, story-making, and collaboration across the U.S. He and his wife, playwright Allison Gregory, divide their time between Austin and Seattle.

Steven Dietz named one of the Top 20 Most-Produced Playwrights of the 2019-20 Season by American Theatre.

Go Dog Go! Adapted by Allison Gregory and Steven Dietz, composed by Michael Koerner, based on the story by P.D. Eastman named one of TYA/USA's Most-Produced Titles of 2019/20.

The Board of Directors of The New Harmony Project is pleased to announce the 2015 conference writers. Writers in residence include member Steven Dietz. More info HERE.