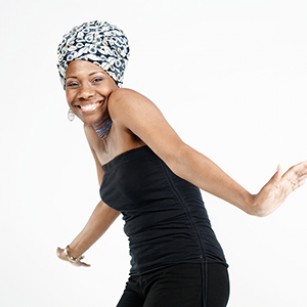 Shá is a theater and film actress, director, and playwright who most recently directed African School Girls at the Jungle Theater. Her play titled Hidden Heroes, about the Black Women of NASA, premiered at Stages Theater in May 2019 and the Negro baseball documentary she’s co-producing, 39 Seconds, is released in late 2019. Additionally, she has written 6 plays collaboratively, 4 solo works, and is currently writing a new work about human trafficking in Minnesota. She was named a 2017 Artist of the Year by CP, a leading artist of her generation by Insight, a Changemaker by Women's Press, and a Mover and Maker by Mpls STP magazine. She is the ED of Catalyst Arts, a Creative Consultant with Tru Ruts and co-founded The Million Artist Movement, Mama Mosaic Theater, and the MN Spoken Word Association. Her work and activism has taken her across the U.S, to Japan, South Africa, England, France, the Netherlands, Mali, Canada and Croatia.

On stage, she was last seen as Tendi in Familiar and Lady Capulet in Romeo & Juliet at the Guthrie.

The Stage Directors and Choreographers Foundation (SDCF) has announced Shá Cage and Elizabeth Carter as the inaugural recipients of the Lloyd Richards New Futures Residencies. The residencies pair mid-career directors and choreographers who are Black, Indigenous, or people of color (BIPOC) and are pursuing institutional leadership with forward-thinking artistic directors. This year’s residencies, which were funded and overseen by SDCF, were reserved for Black artists.

“By creating these alliances between artistic directors and stage directors and choreographers, these residencies answer the important call to create a pathway for BIPOC artists to assume institutional leadership,” said Anne Kauffman, SDCF trustee and chair of the committee that facilitated the awards, in a statement. “They take on heightened importance as our industry confronts great change and works towards new solutions as we emerge from the past year. It’s especially appropriate that this award is named for Lloyd Richards, whose extraordinary career was groundbreaking in so many ways. We’re proud to honor the legacy of this legendary leader of the American theatre.”