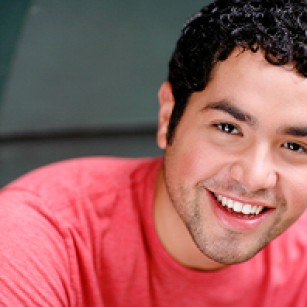 Ricardo Vázquez is an award-winning actor and multi-disciplinary theater creator most recently seen on Broadway in the production of The Inheritance. As an actor, he has worked in New York with Atlantic Theater, New York Stage and Film, HERE Center for the Arts, the Hudson Valley Shakespeare Festival, Mass MOCA Museum, and Dixon Place, and has appeared regionally on stages including the Guthrie Theatre, Children's Theatre Company, Chance Theater, Mixed Blood Theatre, Teatro del Pueblo and the Alabama Shakespeare Festival. He has appeared in feature films such as Gets Good Light (Tribeca Film Festival), Nina of the Woods (Cinequest Film Festival), Farmer of the Year, The Public Domain, and Death to Prom, and regularly appears on TV as a guest host on Shop HQ home shopping network. In collaboration with Robert Rosen, he has created two solo pieces that celebrate the history of Puerto Rico: Juracán: The Jíbaro and his Three Sons, and Escúchame. Directing credits include Transmission in Advance of the Second Great Dying (The Juilliard School) Marisol (Theatre Coup d'Etat) and Zero-Infinity Flight Path (Augsburg College). Through his production company Other Tiger Productions (co-founded with playwright Jessica Huang), he has co-created, produced, and directed new work such as The Palabras Project, which celebrated the work of Federico Gracía Lorca; My Journey, My Music with the St. Paul Chamber orchestra; and Over The Barrel: A Prohibition Musical with PlaceBase Productions. He is a Playwrights' Center Jerome Many Voices Fellow; a Minnesota State Arts Board Artist Initiative grantee, and received the coveted Twin Cities IVEY Award for Emerging Artist in 2013. More at Ricardo-Vazquez.com