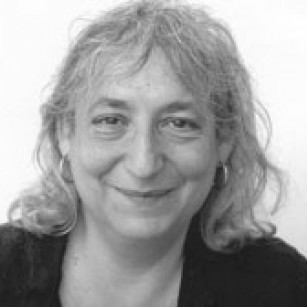 Monica Raymond is a prize-winning poet and playwright. She was a Jerome Fellow for 2008-09 at the Playwrights' Center in Minneapolis, and a 2013 Massachusetts Cultural Council Fellow in Playwriting.

Raymond's most recent production was Paper or Plastic, a short eco-opera for which she wrote the libretto, at the American Repertory Theater’s Outside the Box Festival (Summer 2013). A to Z (Ruby Lloyd Apsey Award 2011 for plays about race/ethnicity) follows the relationship of two women, Annie and Zafiya, through forty years of US history (1968-2008) and all of the letters of the alphabet. The Owl Girl, about two families in the Middle East who both have keys to the same house, won the Clauder Gold Medal (Portland Stage), the Peacewriting Award, and the Castillo Theater Award in political playwriting. Other plays include Martina’s Story (The Internationalists, Long Distance Affair), Safe House (Panelists Choice Award, LastFrontier Theater Conference; O'Neill Finalist); Creche (Dramatic Publishing 35 in 10); Lindsay (Subversive Theater, 2005 Montreal and NYC Infringement Festivals); Novices (Best ShortPlays of 2009) and many others. Her short play Hijab has been performed widely, including at the Boston Theater Marathon, the Vital Theater (NYC), the Samuel French Festival, and as part of "Occupied Territories: Palestinian- and Jewish-American Plays about the Middle East" at Boston Playwrights Theatre.

Raymond hosted a panel "Making Theatre about Palestine/ Israel" at the Conference of the Association for Theater in Higher Education, and toured as a performer in An Olive on the Seder Plate, a play by and for American Jews about human rights in Israel/Palestine. She has performed her own monologues and performance scores at Mobius, the Boston Museum School, and as part of Joe Chaikin's "Disability Project" at the Atlantic Center for the Arts.

She has been a resident at the MacDowell Colony, a fellow at BIARI (Brown International Advanced Research Institute), and has received grants from the Book of the Month Club, the Cambridge Arts Council, the Massachusetts Cultural Council, and the Massachusetts Foundation for the Humanities.

Raymond holds degrees from the University of Chicago (BA Humanities), Columbia University (MA English) and Smith College (MFA Theatre/Playwriting) and has taught writing and literature at Harvard, CUNY, and the Boston Museum School.

Nausicaa's monologue from my play-in-progress FOUR RIFFS FOR A SAILOR appeared online in the Odyssey issue of the NonBinary Review.

I held the Swan Fellowship (for writers who are also visual artists) at the Vermont Studio Center in December 2018.

I performed TALES OF MY UNCLE a monologue with multi-media elements at the New Masculinities Festival at the Gay and Lesbian Center in New York City in October 2018.

A reading of my five-minute play, THE BLACK WIDOW CURSE AND THEWEDDING THAT CAME AFTER was part of an evening of short plays using motifs from ROMEO AND JULIER at the Huntington Theater, Boston in April 2019.

My monologue ERNESTO, an ESL teacher musing on the character and fate of her undocumented adult student, was performed by Jessica Carmona in NYC as part of the International Human Rights Festival short play festival on Tuesday, December 10, 2019 at the Wild Project in NYC.