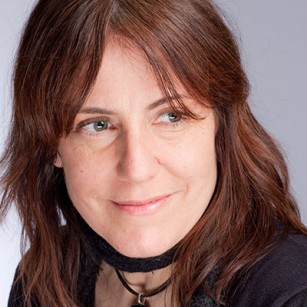 Mona Mansour’s play The Way West will get its world premiere in spring of 2014 at Steppenwolf, directed by Amy Morton. The play received a BareBones workshop at the Lark Play Development Center (directed by Linsay Firman) where Mona was a Fellow in 2012. The Hour of Feeling (directed by Mark Wing-Davey) received its world premiere in the 2012 Humana Festival in Louisville. Following that, it was part of the High Tide Festival in the U.K. as part of the Rifle Hall plays. Urge for Going (directed by Hal Brooks) received a LAB production in the 2011 season at the Public Theater, and will have its West Coast premiere in fall 2013 at Golden Thread in San Francisco (directed by Evren Odcikin). The Vagrant, the third play in the trilogy, was workshopped at the 2013 Sundance Theater Institute with Mark Wing-Davey directing. Mona was a member of the Public Theater’s Emerging Writers Group, a Core Writer at Minneapolis’ Playwrights’ Center, and has just been selected for membership in New Dramatists. Other plays include Across the Water, Girl Scouts of America andBroadcast Yourself (part of Headlong Theater’s Decade). With Tala Manassah, she has written The House for Noor Theatre, After, and The Letter, which premiered in November 2012 at Golden Thread’s ReOrient Festival; Mona and Tala were in residence this summer at Berkeley Rep as part of Ground Floor, where they worked on a musical play called The Wife. Television credits: Dead Like Me and Queens Supreme. Honorable mention, 2010 Middle East America Playwright Award; 2012 Whiting Award.

The National Arts Club has announced that playwright Mona Mansour will be awarded the 2020 Kesselring Prize for playwrighting. This $25,000 award with a two-week residency and one-year membership at the Gramercy Park club.

We Swim, We Talk, We Go to War (April 21-May 9, 2021), is about an Arab American woman and her nephew navigating what it means to love your family, even when your politics and priorities threaten to get in the way. Yousefzadeh will direct.