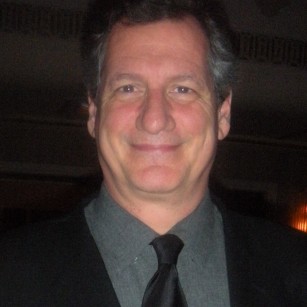 Mike Bencivenga
He, Him
Astoria,
I'm a writer/director/performer in theater and film who lives in New York City.
[contact]
Website
Biography

During his career Mike Bencivenga has written, directed, produced and acted in one acts and full length plays (with MTC and the Lightning Strikes Theater Company) as well as improv comedy (as one of the Chainsaw Boys) and sketch comedy in New York, Boston and LA. His full-length plays include SINGLE BULLET THEORY, COUPLETS, BILLY & RAY, SUMMER ON FIRE, BAD HEARTS, MINUET ON THIRD, WASTED DAYS, COMPROMISED and TALK OF THE TOWN. In 2013 BILLY & RAY won the prestigious W. Keith Hedrick award for best play. It was produced in 2013 at The Falcon Theater under the direction of the legendary Garry Marshall. The show moved to The Vineyard Theater in 2014, also directed by Garry Marshall, where it enjoyed an extended sold out run. In December of 2014 Mike's political comedy SUMMER ON FIRE won the Christopher Wolk prize for excellence in playwriting from the Abingdon Theater in New York. It had its world premiere in 2016 at The Scorpio Theater in Calgary. His play, BAD HEARTS, received the Stanley Drama Award for best play in 2016. His satirical comedy MINUET ON THIRD was  a commission from The Purple Rose Theater in Chelsea, Michigan and won the Robert J. Pickering Award for Excellence In Playwriting in 2019. His recent play, COMPROMISED, was a finalist for the 2020 O'NEILL AWARD for best drama and was named Best Play by Playwrights First in NYC in 2021. On film Mike has written and directed LOSERS IN LOVE starring Nick Searcy and HAPPY HOUR starring Anthony LaPaglia and Eric Stoltz. Mike is also an Emmy award winning editor/producer at WABC-TV in New York.