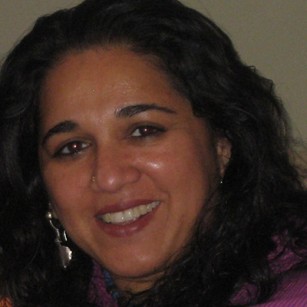 Meena Natarajan is one of the founders and the Executive and Literary Director of Pangea World Theater, a progressive, international ensemble space for arts and dialogue. She has led the theater’s growth since its founding in 1995. Meena has co-curated and designed most of Pangea World Theater’s programs such as Bridges, HypheNATIONS and Race: North On the Mississippi. She is currently on the board of the National Performance Network and the Consortium of Asian American Theaters and Artists .  She is also on the Advisory Council of the Community Arts Network and is the past President of Women Playwrights International. As a playwright, her scripts have been professionally produced both in India and the U.S. She has created, written and performed in mainstage and street theater pieces in India raising issues such as social injustice, corruption and dowry deaths. She has also been commissioned by the Minnesota Advocates for Human Rights, Amnesty International and the Humphrey Institute in the University of Minnesota. In the U.S., she adapted Farid Ud-din Attar’s 12th-century poem, Conference of the Birds, into a dramatic script for Pangea World Theater’s inaugural production in 1996 and again in 2009. She has written close to ten plays ranging from adaptations of poetry and mythology to original plays exploring the impact of war and inequity, spirituality, and personal and collective memory. Her work From The Ashes(2007) toured to the first National Asian-American Theatre Festival in New York. She is currently writing her second script dealing with the partition of India in 1947. Her commitment to stopping violence against women, especially immigrant and refugee battered women, has led her to create work that has had an impact on systems change and is performed for systems change professionals, policy makers, and advocates as well as immigrant communities.  She was the lead writer for Journey to Safety. She also dramaturgs and leads ensemble based processes that lead to scripts. She has been awarded grants from the Theatre Communications Group, Playwrights Center and the Minnesota State Arts Board.