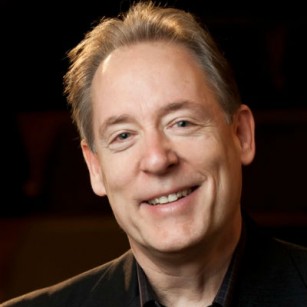 Matthew Maguire won an OBIE award for Performance in 1998 and an OBIE Award for Direction in 2007.  He is the Director of the Theatre Program at Fordham College at Lincoln Center and the co-artistic director of Creation Production Company.  The company has produced fifty original works for the stage.  His plays include Wild Manand its sequel Wild Man in Rome; Instinct; The Seven Deadly Elements, based on the collage novel by Max Ernst; Eye Figure Fiction; Untitled (The Dark Ages Flat Out); The American Mysteries; The Memory Theatre of Giulio Camillo; Propaganda; Fun City; Visions of Don Juan; The Tower and its solo version, Babel Stories; a science fiction opera, Chaos, with Michael Gordon; TheWindow Man, a musical with Bruce Barthol and Greg Pliska; Phaedra; Throwin’ Bones, which began as a collaboration with architects Diller + Scofidio titled Skin at the Palais des Beaux Arts in Brussels; Luscious Music, which he performed as a solo at the Architecture Museum of Basel; and the OBIE Award winning Abandon, with a score by Andrew Ingkavet.  His work also includes the creation with Philip Glass and Molissa Fenley of A Descent into the Maelström for Australia’s Adelaide Festival.  His directing projects include Molière and Charpentier’s Le Malade Imaginaire for the Long Beach Opera, and Manhattan Theatre Club’s Downtown Uptown Festival.  He is an active alumnus of New Dramatists, and served as chairman of the Theatre panel of the New York State Council on the Arts.  His awards include fellowships from the NEA, the McKnight Foundation for a residency at the Playwrights’ Center, the Hammerstein Foundation, commissions from the NEA, NYSCA, and Meet the Composer, and a 2008 award from the New York Foundation for the Arts.  He received his MFA from the Musical Theatre Writing Program at NYU’s Tisch School of the Arts.  His writing has been published by Sun & Moon Press, Backstage Books/Watson Guptill, Manchester University Press, TheatreForum, Performing Arts Journal, and The Drama Review.  In 2009, NoPassport Press published Matthew Maguire: Three Plays.