Court Side
by Mary Bonnett

Tracking the life of a domestic sex trafficked survivor, what's it like to be enslaved in a free world?  What's it like to be invisible?  A reader's theater experience that will enlighten and teach the meaning of survival and human endurance. Can be used for workshops with professionals and the general public.  Based on facts and true stories, fictionalized for the stage.

Based on interviews of Chicago homeless women from Deborah's Place and fictionalized for the stage, GLOSS OVER presents the faces and stories of homeless women through monologues. The story takes places in a Spa and Beauty Salon and reflects the issues, the struggles and triumphs of the survivors.  Funny, priceless and sometimes gut wrenching...when the truth be told, we pay attention.  Accompanied with live music.

Radical Ideas! Women and The Vote! follows Three women from Illinois fight to win the 1920s vote for women.  Grace Wilbur Trout, Ida B Wells and Catherine Waugh McCulloch overcome obstacle after obstacle with a fierce determination, humor and resilience.  Though very different in style and background from one another, they manage to come together as a united force even when it means one loses and the other thrives. Everything is given to the cause.  Reader's Theater format One-Act.

Invisible invites you into the world of the Women's KKK of the 1920s. Organized and empowered with the right to vote, Klan women demanded their own organization. Better coordinated and prepared than the men, they invaded the schools, churches and families across America pushing membership to an all time high.  With banners that read "Save Your Children" "God and Country" they convinced others that nationalism and entitlement was the manifest destiny for white Americans.  Cloaked in parades, festivals and secret rituals, the women's klan power reach all the way to Washington D.C with the motto "All the best people are Klan."   Invisible, a full length play in 2 acts, follows the struggle, rise and fall of an eventually powerful national Klan of women briefly controlling the minds and hearts of Americans. It's a blip on the historical radar but a major lesson on how quickly brainwashing and control can impact democracy and freedom.

9th Floor Door, Blocked Justice is a doc-drama based on the 1911 Shirtwaist Factory Fire in New York, contrasting the fire to the trial and their outcome. This was why the people unionized, a turning point in the protection and safety of the worker in the workplace. Heartbreaking path to delayed justice.  Great for students and adults alike. One-Act

Part of the Chicago Domestic Sex Trafficking Cycle.  A tale told from a pimp's point of view on how to become master of the game in ten easy lessons. Set in Chicago and based on interviews of Chicagoans involved with the world of domestic sex trafficking of women, fictionalized for the stage. A moving, gripping, sometimes humorous journey into a very dark world-wide business.  Selected as one of the top ten best shows of the year by Chicago critics.

Part of the Chicago Domestic Sex Trafficking Cycle, the audience follows the life and secrets of a successful suburban man and his family.  Live music is woven throughout performance, enhancing the journey of Baby Girl in"the life".

Part of the Chicago Domestic Sex Trafficking Cycle, Money Make'M Smile addresses adults and young audiences twelve on up.  Nature or nature,  a young teen boy and girl meet in high schools.  A boy from the suburbs, a girl from the inner city...their paths cross three times. The third time decides their future together or apart.  Does the universe dictate their future or does choice. 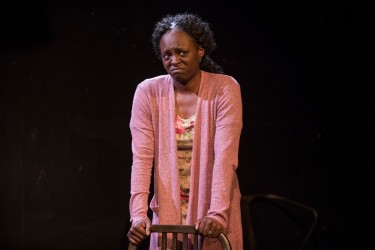 Part of the Chicago Domestic Sex Trafficking Cycle.  A lawyer and his son struggle to understand each other, the impact being greater on the son who discovers one of his father's secrets; but when a client enters the picture, J.B. Benton's world is turned upside down. A shocking surprise ending but did justice get served?