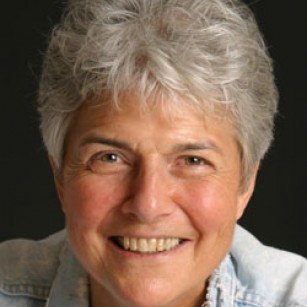 Leigh Curran is a writer/performer and from 1991-2013 was the Founder/Artistic Director of the Virginia Avenue Project, a non-profit using long term Theatre Arts mentoring to give underserved children life skills.  Leigh began her career as an actress appearing on, off and way off Broadway, on TV and in films.  In 1978 she began writing plays.  Her first, "The Lunch Girls," was directed by Arvin Brown at the Long Wharf Theatre and was a finalist for the Susan Smith Blackburn Award.  It was later produced Off-Off Broadway with Stuart Ross directing.  "Alterations" was produced at the WPA Theatre Off-Broadway, directed by Austin Pendleton and featured Cynthia Nixon and Gretchen Cryer. "Walking the Blonde" was directed by Paul Benedict at Circle Rep at and later by Leonard Foglia at La Mama in NYC.  Leigh’s solo show, “Why Water Falls” was produced in LA and NYC in 2015/16 directed by Mary Pat Gleason. Her first novel, "Going Nowhere Sideways," was published by Fithian Press.  Her one-acts have been produced in NYC, LA and Melbourne, AU.  “Body Beautiful, " her most recent endeavor was in the Fountain Theatre's FemFest in January, 2019 and was workshopped - also at the Fountain Theatre, the following June.

Currently in between literary agents.

The Lunch Girls
by Leigh Curran

In 1969, seven waitresses in a private men's key club (like the Bunny Club only with a gay nineties feel) struggle with what it means to be sexy in order to earn a living as the Woman's Movement catches on in the outside world.  Published by Samuel French www.samuelfrench.com

Cast:
Clare, late 20s - the waitress everyone can depend on who is preoccupied by her bad marriage Kate, early 20a -an optimist who thinks an affair with a married man will make her a woman Charlene, late 20s - a man magnet whose ex keeps tabs on her from jail Danusha, early 30s - a hippy at heart who lives in her own world Vicky, mid 20s - a foul mouthed, desperate single mother of two small children Rhonda, early 20s - a manipulative cigarette girl with a sinister streak Edie, early 20s - the new girl who is way out of her element Chef, early 50s - a flirty Frenchman with a wild temper Henri, mid 20s - the Chef's nephew prone to getting quietly drunk Jesus, early 20s - a busboy with a good heart
Alterations
by Leigh Curran

Erica, a strong minded costume designer, caught between the needs of her elderly mother and  her teenage daughter who wants to live with her guru, crashes and burns and ultimately finds a more loving way forward.  Published by Samuel French - www.samuelfrench.com

Cast:
Erica, early 50s - A strong woman who thinks she knows best-and sometimes does. Biesel, 80s - Erica's strong-willed mother who doesn't want to admit it's time for her to be put in a home. Phoebe, 15 - Erica's highly intelligent daughter who wants to abandon life as she knows it to live with her guru. Peter, 50s - Erica's kind-hearted, estranged husband Adrianna, early 20s - a model with her own problem who comes for a fitting on a really bad day
Walking the Blonde
by Leigh Curran

Arno, a middle-aged, lesbian gallery owner in NYC, loses her dog and breaks up with her lover and moves to New Mexico to start her life over.  In every scene of the play she tries to scatter the ashes of her dog but can't complete the ceremony until she resolves things with her former lover.

A novelist has to write something personal and, in the process comes face to face with the consequences of her ambivalence about motherhood.

A play about love, aging, loyalty and the mind-body connection.  Thayer and Emma used to be married then split up when Thayer realized he was gay.  They forged a close friendship out of the ashes and when the play begins they are in their early 70s and single so they decide to move in together to take care of each other in their old age then Thayer, unexpectedly falls in love with a trans man and all hell breaks loose.

Cast:
Thayer, 70 - A clean cut, WASPy, gay psychotherapist who has trouble making up his mind Emma, 70 - An upbeat, big-boned body worker who, much to her frustration, is frequently mistaken for a man and who is secretly in love with Thayer. Noel, 56 - A Mexican-American, trans man at odds with the consequences he has endured and the sacrifices he has made to become himself. Marco, 31 - Noel's estranged son - a garage mechanic living in Salinas, CA who is easily upset when he can’t find the words to say what he means.
Social