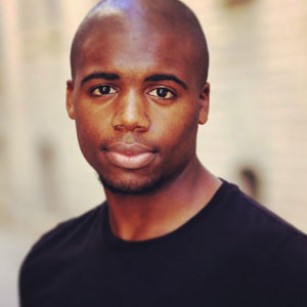 Josh Wilder is a playwright, and actor from Philadelphia. His work has been developed at The Fire This Time Festival, Playwrights’ Center, Pillsbury House + Theatre, The History Theatre, New York Theatre Workshop, The Drama League, Oregon Shakespeare Festival and The O’Neill National Playwrights Conference. His play Leftovers was a recipient of the 2014 Holland New Voices Playwright Award at The Great Plains Theatre Conference. He is a former Jerome Fellow and Many Voices Fellow at the Playwrights’ Center and has been in residence at The Royal Court Theatre. Josh is a MFA candidate in Playwriting at Yale School of Drama. Training: Carnegie Mellon, BFA. 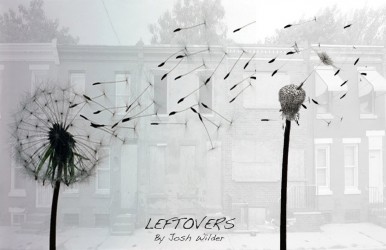 Leftovers is set in inner city Philadelphia, where an abnormally huge dandelion has grown through the sidewalk in front of the house of, Jalil and Kwamaine, two brothers who are waiting for the arrival of their nonexistent father. Leftovers tell the story of the brothers as they climb the dandelion to discover the reality of their wishes and the power of forgiveness.

Bay Street Theater and Sag Harbor Center for the Arts has announced the addition of playwright and producer Josh Wilder as Artistic Associate.

Dorset Theatre Festival has announced the launch of its new Commissioning and Fellowship Program. The Commissioning and Fellowship Program has welcomed its first two Fellows, playwrights Jihan Crowther and Josh Wilder, who join the Festival’s Commissioned Playwrights, Cusi Cram and Sarah Gancher, in the launch of this innovative program. The Festival is excited to announce two additional commissions by renowned playwrights Chisa Hutchinson and Theresa Rebeck, the first of Dorset’s StageFree Audio Plays, scheduled for later this year.

Josh Wilder is a playwright from Philadelphia whose work has been developed, commissioned, and produced at The Fire This Time Festival, Classical Theatre of Harlem, New York Theatre Workshop, True Colors Theatre Company, The Kennedy Center, Oregon Shakespeare Festival, 2015 O’Neill National Playwrights Conference, PlayPenn, Company One, InterAct Theatre Company, and Yale Rep among others. Past awards include the Holland New Voices Award, The Lorraine Hansberry Award, The Rosa Parks Award, and The ASCAP Cole Porter Prize. Josh is a former Jerome Fellow and the first national recipient of the Jerome Many Voices Fellowship at The Playwrights’ Center. Josh received his MFA from Yale School of Drama and his BFA from Carnegie Mellon.

“These times are forcing most of us to go deep inside and write. It’s also forcing some of us to figure out the future of our field. This fellowship is a fantastic attempt to accomplish both—very excited for what’s ahead!” said Josh Wilder, Fellow.

Josh Wilder selected as one of the playwrights for Sundance Institute Playwrights & Composers Retreat.

Leftovers in development with Company One's PlayLab set to show in July, 2018 at The Strand. Josh Wilder is a visionary playwright, the heartbeat of >>What's Next in American Theatre.