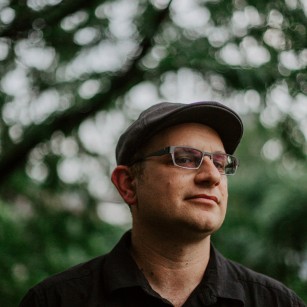 Jonathan Spector is playwright based in Oakland, California.

His play EUREKA DAY premiered at Aurora Theater in Berkeley, where it received all of the San Francisco Bay Area’s new play awards: Glickman Award, Bay Area Theater Critics Circle Award, Theater Bay Area Award and Rella Lossy Award. It was subsequently produced by Colt Coeur where it was a New York Times Critics’ Pick, an “Honorable Mention” in Time Out New York’s ‘Top Ten Plays of 2019’ list, and nominated for a New York Drama Critics Circle Award. It has been or will be produced by  InterAct Theater, Mosaic Theater, Asolo Theater, Syracuse Stage, Spreckles Theater and the State Theater of South Australia.

Jonathan’s play THIS MUCH I KNOW will premiere next year at Aurora Theater, and was developed in the Playwrights' Center’s Ruth Easton Series, Berkeley Rep’s Ground Floor, New Harmony Project, and Playwrights Foundation’s Rough Reading Series.

Jonathan is a recipient of South Coast Rep’s Elizabeth George Commission, and has been a MacDowell Colony Fellow, a PlayPenn Haas Fellow, an Ithaca College New Voices Fellow, a Resident Playwright at Playwrights Foundation, and is currently a Core Writer at The Playwrights' Center in Minneapolis.

“After a year of immense challenges and hard-won successes, this season is about returning and remaking who we want to become,” artistic director Michael Donald Edwards said in a statement. “The result is a challenging and hopeful season full of joy, family, and a reclamation of American identity rooted in compassion for all.”

The season will continue with Eureka Day (May 11-June 4, 2022) by Jonathan Spector, an explosive comedy that skewers sanctimony and the nature of politics. Bianca LaVerne Jones will direct.