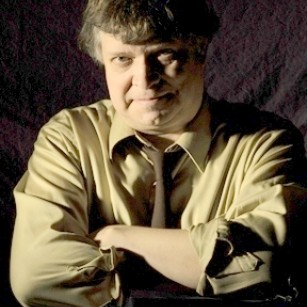 Joel was fortunate to study with playwright Charles Nolte while enrolled in the Bachelor of Elected Studies program at the University of Minnesota. A first play, It Could Happen To The Best of Them, was the winner of the 1974 Jacksonville University Playwriting Contest. In 1975 his second play, Bobby, was produced by the Pillsbury-Waite Cultural Arts Center under a grant from the Dayton-Hudson Foundation. For the Minnesota Playwrights Center, his play If You Make One premiere at the Walker Art Center in 1976.

Joel was one of the first of a class of six awarded Jerome Foundation grants from the Playwrights' Center in 1976-77. His play, Bobby, was restaged by the Lab Walker Community Arts Center. Theatre of Involvement produced Going To The Show in 1977. Joel also wrote short children's shows for the Center sponsored Minnesota Storytellers that toured schools and parks. Another dozen scripts have seen production in local, regional, and college theaters. He also produced interactive scripts for The Duck Soup Players, a group doing shows for senior audiences and hospitals, as well as working for the Science Museum of Minnesota's Saturday Science Clubhouse.

A minor in journalism saw a decade-long run as an arts writer and critic for various Minnesota publications. He joined the Minneapolis Star in 1980 as an assistant to the editor, and when the papers merged supervised newsroom operations of the combined StarTribune, and he regularly subbed for popular columnists. A decade in public affairs and policy followed, as well as a stint as an opinion writer for the St. Paul Dispatch/Pioneer Press, and then a stint co-editing a popular community newspaper.

An accomplished Mime, Joel has also acted in more than 100 shows since setting foot on-stage at the old Edyth Bush Theatre in St. Paul at age 16. Included are seven summers of outdoor Shakespeare, and dinner theatre in Ohio and Colorado. He was also managing director for Theatre Lagniappe. Joel has appeared in more than 200 film projects and numerour commercials as "A Character – A Face – A Moment." He is a noted historian and researcher on comic book history, and has also contributed gags to numerous syndicated cartoonists. Joel currently mentors actors and writers on business management decisions, and has worked as an actor's liaison with the Cinema Directing Program at Minneapolis Community Technical College (MCTC).

He lives in Apple Valley, Minnesota, with his wife, Risa Tritabaugh, a painter.