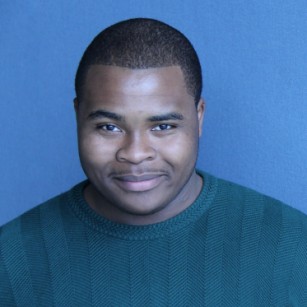 In addition to being the Education Coordinator at The Playwrights' Center, H. Adam Harris is an actor, director, teaching artist, and cultural equity consultant. He works at the intersection of theatre, education, social justice, and community engagement. Recent theatrical credits include puppeteering and voicing the title role of Dr. Seuss’ The Lorax in the U.S premiere at the Children’s Theatre Company (CTC) and The Old Globe Theatre. He’s a frequent performer with CTC: The Snowy Day, The Jungle Book and How the Grinch Stole Christmas. He has worked with the Guthrie Theater, Seattle Children’s Theater, New Conservatory Theatre Center, Park Square Theatre, the St. Paul Chamber Orchestra, and the Minnesota Orchestra. He is a proud Penumbra Theatre Company member, credits with Penumbra include The Owl Answers, The Dutchman, The Ballad of Emmett Till, and The Amen Corner. Along with serving on the Ten Thousand Things board, he is also a member of their Artist Core. Credits with Ten Thousand Things include The Unsinkable Molly Brown, Dirt Sticks, The Seven, and Park & Lake. H. Adam is the Lead Facilitator at Penumbra Theatre Company, a resident teaching artist with the Guthrie Theater and CTC, and a freelance equity, diversity, and inclusion consultant for various organizations. He is a graduate of the University of Minnesota/Guthrie Theater BFA Actor Training Program. Next up, H. Adam will be a guest orator with St. Paul Chamber Orchestra’s Family and Xplorchestra Concert Series. He will play Smaug and others in the five-person adaptation of The Hobbit at CTC. He will direct the world premiere of How It’s Gonna Be by JuCoby Johnson with Underdog Theatre, presented at Mixed Blood Theatre.