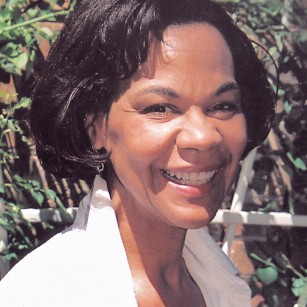 Gloria Bond Clunie is an award-winning playwright, director and educator.

Ms. Clunie is a founding member of the Playwriting Ensemble at Chicago’s Regional Tony Award winning Victory Gardens Theater where her plays North Star, Living Green and Shoes premiered.  She is also the founding Artistic Director of Evanston’s Fleetwood-Jourdain Theatre where she directed scores of productions including Ain't Misbehavin', Ceremonies in Dark Old Men, Home and Raisin.

Ms. Clunie has been recognized for her work in theater and education by the NAACP, AKA and DST Sororities, American Alliance for Theatre and Education and the Vision Keepers.  Awards include a Chicago Jeff, a Children’s Theater Foundation of America Orlin Corey Medallion, a Scott McPherson, a Dramatists Guild Fellowship, Theodore Ward African-American Playwriting Prizes, New York’s New Professional Theater Award, Chicago Black Theatre Alliance Awards, NEA and Illinois Arts Council Fellowships,  a YWCA YWomen Leadership Award, and the Evanston Mayor’s Award for the Arts.

This Northwestern graduate (B.A. Theater, MFA-Directing) is honored her drama Shoes was included in the 2015 Women Playwrights International Conference in Cape Town, South Africa; that SMOKE was featured in Chicago’s Her Story Theater Writers Series, Dayton Playhouse’s  FutureFest,  New Works at Playhouse On The Square in Memphis, Barter Theatre’s Appalachian Festival of Playwrights in Virginia, and as a part of New Play Lab at Florida Rep; and with the goal to explore violence in America, Fleetwood-Jourdain Theatre commissioned and premiered A Shot-#Love Stories inspired by Black Lives Matter  which has been performed virtually in 2021 at both Horizon Theatre and American Blues Theatre.

Ms. Clunie has been an Artist-In-Residence at Byrdcliffe Arts Colony in Woodstock New York and at 360 Xochi Quetzal Arts Residency, Chapala, Jalisco, Mexico where she completed BLU- as both a two act drama and a new musical exploring bullying. BLU was read at The Growing Stage Children’s Theater of New Jersey New Play Festival, was a featured play in the AATE Utah Playwrights In Our Schools Program and workshopped in Arizona at 2017 WRITE NOW – a TYA collaboration between Childsplay Theatre and Indiana Rep. Thanks to a grant from the Children’s Theatre Foundation of America, BLU-The Musical was workshopped in September 2017.  Her comedy Buck Naked was featured in the inaugural 2017 Women Playwrights Initiative at Ivoryton Playhouse in Connecticut.

In 2018, she served as both playwright and director for My Wonderful Birthday Suit commissioned by Chicago Children’s Theatre and her adaptation of The Last Stop on Market Street (2016 Caldecott/ 2016 Newbery/ 2016 Coretta Scott King Book Awards) premiered  at Children’s Theatre of Charlotte, then went on to Dallas Children’s Theatre and Bay Area Children’s Theatre in 2020 and will be produced at Milwaukee’s First Stage in 2022. Her comedy Sweet Water Taste enjoyed nightly standing ovations in 2019 at Atlanta’s Horizon Theatre Company and is part of the 2021-22 Orlando Shakespeare Season.  Currently, fueled by her love of Chicago architecture, she is working on the musical SKY which was begun at California’s Djerassi Resident Artists Program; adapting The Hula-Hoopin’ Queen for a Childsplay/Imagination Stage joint commission; and excited about two world premieres in April 2022 – Tall Enough  at DePaul University’s PlayWorks and her musical Giraffes Can’t Dance  at Omaha’s Rose Theatre.

Originally from Henderson, North Carolina, she and her husband Basil live in Evanston, Illinois and are the proud parents of Aurelia, an amazing daughter and theater artist.