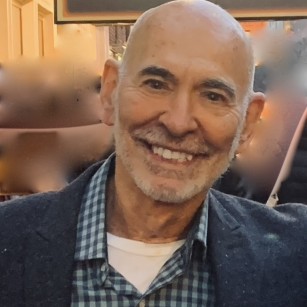 Glenn Alterman is a multi-award winning playwright, the author of twenty-nine theater related books (including nine books of original monologues), a screen writer, and a highly respected monologue/audition acting coach.

As a playwright, Mr. Alterman is the recipient of the first Julio T. Nunez Artist’s Grant, The Arts and Letters Award in Drama, the (first) Bloomington Playwrights Project Award (Reva Shiner Award) and have won over 50 playwriting awards, including being a three time finalist Heinneman Competition.

He holds the world record for being “The Author of The Most Published Original Monologues For Actors” (RecordSetter.com)

His plays and monologues have appeared in over 30 Best Play, Best Short Play and Best Monologue anthologies.

Coulda-Woulda-Shoulda won the Three Genres Playwriting Competition twice. The prize included publication of the play (along with plays by Albee and Inge) in the Prentice Hall textbook The Writing of Poetry, Prose and Drama, one of the most widely used writing textbooks in colleges today

Mr. Alterman wrote the book for Heartstrings: The National Tour (commissioned by DIFFA, the Design Industries Foundation for Aids), a thirty-five city tour that starred Michelle Pfeiffer, Ron Silver, Susan Sarandon, Marlo Thomas, and Sandy Duncan. Other plays include Kiss Me When It’s Over (commissioned by E. Weissman Productions), starring and directed by André De Shields; Tourists of the Mindfield (finalist in the L. Arnold Weissberger Playwriting Competition at New Dramatists); and Street Talk/Uptown (based on his monologue books), produced at the West Coast Ensemble.

Mr. Alterman’s work has received over 300 productions in 24 states and in 3 continents.

My play, THE DANGER OF STRANGERS, which originally starred James Gandolfini and Susan Aston, and received over forty productions over the years- has been optioned by Double J Productions- to be made into a full legnth film. I will be co-writer on the project