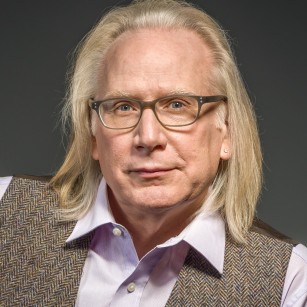 Erik Abbott is a playwright, actor, director, dramaturge, and theatre scholar. He made his professional theatrical debut as an actor at fifteen and has since worked on well over one hundred productions.

Erik is a former Core Member of The Playwrights’ Center, where he was also a member of the Artistic Staff (1997-2000) and a two-time finalist for the Jerome Fellowship. His works have received productions or staged readings at Actors Repertory Theatre Luxembourg (Actors Rep), Théâtre D’Esch (Luxembourg), the Minnesota Fringe Festival, The Playwrights’ Center Hothouse Festival, Red Eye Collaboration, the University of Kansas, and the New World Theatre Club (Luxembourg).

Most recently, his trio of plays, collectively titled Vignettes of a Pestilence, written for production onstage or online, is featured in the 2021 Minnesota Fringe Festival, in online productions by Actors Rep. The plays, stand-alone although thematically linked and structurally similar, were performed and directed by theatre artists in three countries -- Lolly Foy (Minneapolis, MN), Christine Probst (France), and Abbott (Luxembourg).

Each play (Apokalypsis: Quarantine / The Last of the Cousins Beckwith / When We Get Back to Normal) is available as a separate recorded performance throughout the festival. Actors Rep also plans to present the plays in the Edinburgh Fringe Festival (in its online section).

Erik's original solo play, #WTF Happened? On the Phenomenon of Trump, was presented by Actors Rep in two runs in Luxembourg (including at the Théâtre National du Luxembourg), as well as in its highly successful run as part of the 2018 Kansas City Fringe Festival. That production was named as ‘Best of the Fringe’ for its venue (Musical Theatre Heritage – Mainstage). Originally commissioned by Théâtre D’Esch / Escher Theater and its then Director Charles Muller, portions of the piece were presented at the theatre as part of the Esch-sur-Alzette, Luxembourg’s, ‘Night of Culture’ (Nuit de la Culture) in May 2017. Revised and re-imagined versions were directed by Christine Probst for subsequent runs. The play features five Donald Trump supporters, all played by the same actor, presenting a variety of stories and viewpoints -- including doubts. In 2019, it was presented in Bertrix, Belgium, as part of the Festival Multi(d)Lingues.

Erik's Christmas play, Dear Santa..., has had two successful runs in Luxembourg (in 2017 and 2018), as well as having been presented in several private events for corporations and associations. It was also produced at the University of Kansas in December 2018.

His play Second Zechariah, currently in development, was a semi-finalist for the 2020 Eugene O'Neill Theater Center's National Playwrights' Conference and was featured in an online reading by the Clamour Theatre in Florida in June 2021.

In July 2021, he served as Artistic Director for a developmental and explorative workshop staging the poem cycle JOYN, by Dana Rufolo. The piece is being developed as a multi-media, multi-disciplinary performance involving acting, dance, recitation and film. The ensemble includes artists from Germany, England, Scotland, Italy, Canada, Australia, and Romania, and was held on the premises of the historic Anhaltisches Theater in Dessau, Germany.

As a theatre scholar, Erik has published articles in the scholarly journals Contemporary Theatre Review and European Stages and was a lecturer at several campuses of the City University of New York (CUNY) system. He has led a playwriting workshop for Actors Rep in Luxembourg, has taught playwriting at the Loft Literary Center in Minneapolis, and was an Artist-in-Residence with SteppingStone Theatre for Youth Development in the St Paul (Minnesota) school system. He currently writes for the quarterly periodical Plays International and Europe.

As an actor Erik has worked at US theatres including the Guthrie, The Lost Colony and the Charlotte Shakespeare Company, as well as with two theatres in Cologne, Germany.

He appears in the television films The Murder of Mary Phagan and Lucky Day and the Irish-Luxembourgish feature film, The Runway, and in the Luxembourg produced short films D. – A Reproduction and If Six Was Nine. He has been in commercials for, among others, the Minnesota Twins and the Luxembourg public transportation system. He was an English-language narrator for the German documentary film das geht nur langsam, and has done voice-overs for the feature film The Room (currently in post-production), and, recently, a promotional video for the University of Luxembourg’s SnT Partnership Day.

As a director Erik directed Actors Rep’s 2013 debut production, The Goat Or, Who is Sylvia?, in co-production with TNL. For Actors Rep he has also directed A R Gurney’s Love Letters in 2014, Daryl Lisa Fazio’s Greyhounds in 2015, Playwright Center Affiliated Playwright Daniel Pinkerton’s Do You Want to Know a Secret? in 2016, and Anne Nelson's The Guys in 2018. In 2010 he directed David Mamet’s Jolly for the New World Theatre Club, which was awarded ‘Best Production’ at the 2010 Festival of European Anglophone Theatrical Societies (FEATS) and the Sydney Fisher Trophy at the 2010 British All-Winners Festival in Essex. In addition he has directed for The Lost Colony's Professional Theatre Workshop, and is directing one of the Vignettes' plays.

He trained at and has a BFA degree in Acting from the University of North Carolina at Greensboro, and has an MFA in Writing from Hamline University, and a Master’s and PhD in Theatre Studies from the CUNY Graduate Center. 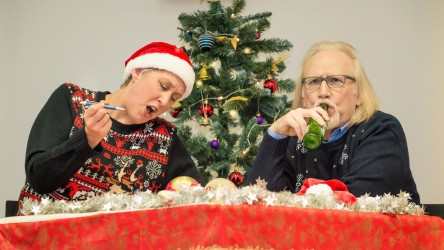 A husband and wife, still very much in love, write letters to Santa, review their gift list and plan their holiday with their extended families. A sweet and funny Christmas charmer for two actors.

Cast:
One man and one woman, both old enough to have children who are in their late teens. 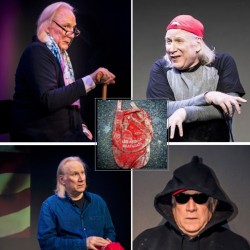 #WTF Happened? On the Phenomenon of Trump
by Erik Abbott

Five characters, all supporters of President Trump, tell their stories and / or discuss their passion for -- and in some cases doubts about -- this President and his administration. Loosely based in part on published interviews with and articles on Trump voters and supporters.

Cast:
All characters are performed by the same actor. Although the characters are gender specific, somewhat age specific and in one instance racially specific, the actor need not be. The show can be performed by any adult actor regardless of gender or ethnicity. Characters: The Coal Miner: Male, middle aged / The Conspiracy Theorist: Probably male / The Guy Down the Street: Male, white / The Christian / The Congresswoman: Female, elderly
Social