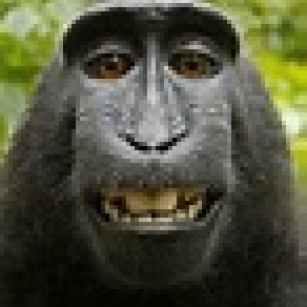 About David and the play ...  Served in the US Army, shot during training; served overseas, awarded the National Defense Service Medal. BBA and MA, U of M. Editor of Business Brevities. Assistant to Vice President for Health Sciences, U of M. Post-Master's study in MIS, the writing program and a year of East European Studies: Chekhov, Lermontov, Turgenev, Gogol, et. al. "My Father's Home of Light," Harbinger No. 1, Vol. 1, Minneapolis, MN, Fall 1978; "Ambrosia Road," (Scene from One-Act) at W3 Poetheatre, April 5-6, 1984; and "What I Want To Know," (poetry) at W3 Poetheatre at Minneapolis College of Art Design, September 7, 1984. Scriptwriting (Winter 2003) with playwright John Olive at the Loft Literary Center.
Staged reading in March 2006 of this play/version-1 (Waiting for Godov) in Minneapolis at the Playwrights Center. Reading in June of 2011 of a Scene from version-2 (Waiting for Godov) at the Walker Art Center's Open Field's 'The Play's The Thing.' Special appreciation to the Playwrights Center as this version of the play took on greater life in the summer of 2014 as a dramaturg project. The playwright spent a year in Saint-Pryvé-Saint-Mesmin/Loiret near Café de la Mairie, a bar/restaurant/dancehall for summer tourists where he met its waitress/hostess Jeanette Ponsard et. al. as this play's inspiration. As with Le Café Royalé, Café de la Mairie no longer exists; Jeanette lives in Orléans. This play is about the vicissitudes of human frailty and insouciant authority. 'So we beat on, boats against the current, borne back ceaselessly into the past.' —F. Scott Fitzgerald, 'The Great Gatsby.'

=====
‘Solstice comes from the Latin (sol, sun; sistit, stands). For several days before and after each solstice, the sun appears to stand still in the sky—that is, its noontime elevation does not seem to change.’

—Infoplease
'Revenge should have no bounds.’
—Claudius

'Plays should be amusing.’
—Eric Bentley

Dancehall (Le Café Royalé) owner Guröv often reminisces about a former girlfriend (Arkina Alekseyevich) while Léticia Nicolé, his waitress/hostess/present girlfriend, is weary of her near-indentured status and wants to leave, yet she waits, waits, waits ...
When his wayward brother Thaedeus comes home with visions of returning the tourist beach to its once-pristine state, Guröv does not become aware of a complicity between his brother and Léticia. On a night of summer solstice as Guröv, Thaedeus and Léticia gather like moths to a flame with hopes of resolving differences, tensions flare up. Once viable in the era of the big bands and nightly fashionable dancing, Le Café Royalé becomes a metaphor for those who struggle, blind in despair leavened only by occasional moments of joy.

Cast:
—CHEBUTYKIN, Guröv (28) ... Impresario in Le Café Royalé, a tattered, nearly deserted tourist-trap dancehall he owns at Malfi on the Black Sea. One-time prodigy in tenor sax and voice at the Université de Paris, Le Étoile Tilsitt and at the city opera house in Leningrad. Down on his luck and 'holed up' in his scant digs, he cherishes memories of bygone, halcyon days, however adorned these may be and revels, like Gatsby, in the promise he finds in the past. Not to be looked upon with disdain as he seeks to rise into the light. A man given to exhortations, he appears at times to be addressing the audience à la Tom in 'The Glass Menagerie.' —NICOLé, Léticia (16) ... In protecting her dignity, this young woman finds moments of lightness that amount to little else. —CHEBUTYKIN, Thaedeus (29) ... Roams the tourist beaches of the world after a term in divinity school and several seasons in summer stock in hopes of shedding light on life's great perplexities while entertaining himself and others. Like Pechorin in 'A Hero of our Time,' has an 'irresistible need to confess' in which he revels in a vast oeuvre of 'past sins' that, daily, he struggles to get rid of. —OSKICH, Oski (32) ... Frequents the late-night beach. —ALEKSEYEVICH, Arkina (28) ... The diva in 'Annette of Baulinghaus,' known to both Guröv and Thaedeus in earlier, more festive times.
Social