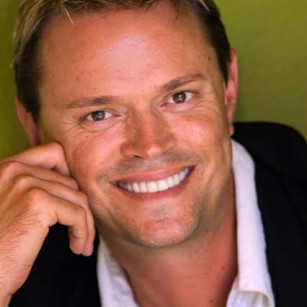 Dane Stauffer is an actor/singer/director/playwright As a performer. he recently played Scrooge in Dolly Parton's Smokey Mountain Christmas Carol at the Ordway, and Roger Caldwell in the IVEY award winning musical Glensheen, and his Park Square debut in the one-man tour-de-force, Jacob Marley's Christmas Carol. He has toured Ireland in Triple Espressor, in which he also toured around the country, for a decade in San Diego. He also garnered "Best Actor in a Comedy," LA Stage Scene for All in the Timing and Broadway World for Glensheen. TAs an  educator, he is noted for teaching empowerment through the arts using Improvisation and Storytelling  for children and adults in all settings.

As a writer,  contributed humor regularly to KSJN/Public Radio's The Morning Show, and was a Core Member of the Playwrights' Center where he received a Jerome Fellowship and a Dayton/Hudson Travel Study Grant. Plays of his produced in the Twin Cities are Letters from Hell, Honeymoon, and his one-man shows Duesenberg '55, Playground Battlescars and other jive, at prestigious venues such as the Lab, the Jungle Theater, Illusion Theatre.

Several Children's plays have been produced by Steppingstone Theatre for Youth as well. Recent One Grain of Rice, The Magic Pot, Stone Soup Feeds the World, Tasty Baby Belly Buttons, and The Queen Who Wouldn't Bake Gingerbread.

With frequent collaborator Beth Gilleland he wrote and performed the two-hander Shedding Light...all over your good black skirt, which toured from Tampa, Florida to the Edinburgh Fringe Festival, where they received a Critics Pick from "Three Weeks" and a prized spot on the BBC's broadcast "The Pick of the Fringe."

He recently directed Beauty and the Beast and A Charlie Brown Christmas, at Steppingstone Theatre for Youth, The Wizard of Oz at Henry SIbley High school,  and A View Unassisted in the Fritz Blitz Festival of New Plays in San Diego, CA, which the SD Union-Tribune called "the most rewarding marriage of script, performers, and director. He's improvised extensivley most recently oin "Family Dinner" at HUGE theatre, and "Unscripted Musical Holiday Musical" with Tae Danger and Danger?Boat Productions, as well as Second City Hollywood, and  Disney Magic cruise line, and wherever/whenever he can.  For more info, visit his website at www.danestauffer.com