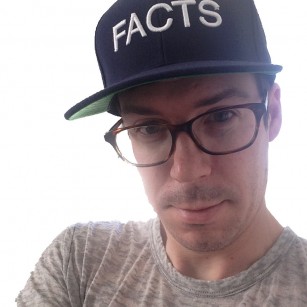 Dan O’Neil is a NYC-based writer who grew up on a farm in Minnesota.  His recent work includes Bear Slayer!, developed through a 2016 Project Residency by Ars Nova and first presented as part of ANT Fest 2015; The Wind Farmer, which received a production at Barter Theater in 2012 and was a finalist for the ACTA/Steinberg Award for Best New Play produced outside of NYC and National New Play Network’s Smith Prize for Best New Political play in 2011; Victor Frange Presents Gas, commissioned and produced at the Incubator Arts Project in 2012; How the Dog Runs, produced by Newman University in 2013 as their first selection in a nation-wide initiative to produce new plays; Draw A Lion, a Heideman Award finalist, produced by the Brooklyn Generators in 2013 and subsequently published by Smith & Kraus in 2013 Best Ten Minute Plays collection. His work has also appeared at Abrons Arts Center, HERE, Ugly Rhino, Dixon Place, the International Festival of Art & Ideas, Stella Adler Conservatory, the Museum of the Moving Image, the Playwright’s Center, Red Eye Theater, Prelude Festival, Target Margin Theater, Tangent Theater, Cloud City, and the Chocolate Factory. Dan is a Playwrights' Center Core Apprentice (2011-12), a 2014 member of Bookshop Workshops Playwriting Group, two-time winner of the Alfred P. Sloan Foundation’s Screenwriting Award, and winner of the Mary Marlin Fisher Playwriting Award.  He is the Theater Editor of Culturebot, serves on the selection panel for The Flea’s Pataphysics Playwriting Workshops, is the co-artistic director for Designated Movement Co., and holds a B.A. in performance from the University of Minnesota and an M.F.A in dramatic writing from Carnegie Mellon University.