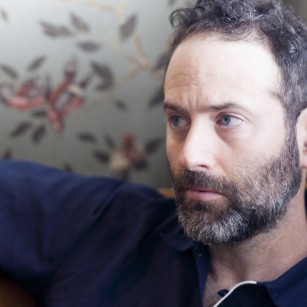 Dan O'Brien is a playwright, poet, librettist, essayist, and former Guggenheim Fellow in Drama & Performance Art. His most recent play, The House in Scarsdale: A Memoir for the Stage, received the 2018 PEN America Award for Drama. His play about the Battle of Mogadishu and the haunting of war reporter Paul Watson, entitled The Body of an American, was produced off-Broadway at the Cherry Lane Theatre by Primary Stages & Hartford Stage (NY Times Critic's Pick), in London and Northampton, England (Gat Theatre and Royal & Derngate), and around the US. The Body of an American received the PEN Center US Award for Drama, the inaugural Edward M. Kennedy Prize for Drama Inspired by American History, the Horton Foote Prize for Best New American Play, and was shortlisted for an Evening Standard Prize in the UK. Dan O'Brien: Plays One is published by Methuen / Bloomsbury. A collection of his essays, A Story That Happens: On Playwriting, Childhood, & Other Traumas, described in the Time Literary Supplement as "a book for our times," was published in 2021 by Dalkey Archive Press (US) and by CB Editions (UK).

O'Brien's debut poetry collection, War Reporter, praised in the Guardian as "a masterpiece of truthfulness and feeling," received the UK's Fenton  Aldeburgh First Collection Prize and was shortlisted for the Forward Prize for a First Collection. His other poetry collections, published in the US and the UK are Scarsdale and New Life. His fourth collection, Our Cancers, was published by Acre Books (University of Cincinnati Press) in 2021. O'Brien is the recipient of numerous fellowships and residencies including the Hodder Fellowship at Princeton University, the McKnight National Residency and Commission from the Playwrights' Center, a residency at the Rockefeller Foundation's Bellagio Center in Italy, and many others. He has taught playwriting at the Sewanee Writers' Conference, Princeton University, University of Wisconsin-Madison, Grinnell College, Occidental College, and many other colleges and universities. He lives in Los Angeles with his wife, actor, writer, and producer Jessica St. Clair, and their daughter, Isobel.

Dan O'Brien’s book A Story that Happens: On Playwriting, Childhood, & Other Traumas to be published April 2021. Originally written as a series of craft lectures for the annual Sewanee Writers’ Conference, the four chapters in A Story that Happens deliver practical reflections on techniques of storytelling in the theatre that are also relevant to other disciplines. Drawing deeply on O’Brien’s experience of cancer and of childhood abuse, and of his ongoing friendship and collaboration with a war reporter, these essays offer hard-won insights into what stories are for and the reasons why, ‘afraid and hopeful’, we begin to tell them. Pre-order link here.

Dan O'Brien's THE BODY OF AN AMERICAN will be produced at Curious Theatre Company in Denver, Colorado, running from November 9th to December 9th, 2017. For more information: https://www.curioustheatre.org/event/the-body-of-an-american/