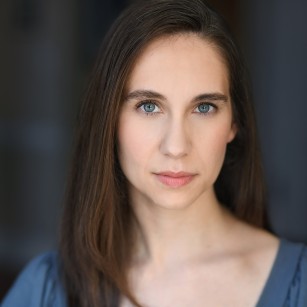 Courtney Antonioli’s award-winning entertainment has been performed Off-Broadway in New York City and throughout the country.  In 2017 her storytelling show, “18 days. 48 girls.” earned NYC’s Frigid Festival Audience Choice Award for best show. Her storytelling has been featured on The Moth Radio Hour, episode “You Say Goodbye” and its podcast.

Her plays include: The Mount, Toast, A Clean, Well-Lighted Café, Some Things Never Change, and Don’t Go Into The Light.   In 2015 her play, The Mount, about Pulitzer prize winning author Edith Wharton, debuted at Wharton's home in Lenox, MA.

Her writing has appeared in Grok Nation, Gold Comedy, The Culture Trip, and Comic Buyers Resources.

As a storyteller, Courtney has been featured on The Moth, Storyfest, Speak Up Rise Up Festival, The PIT, Split Personality, Hi-Fi, Q.E.D Fasttrack, Take Two Storytelling, Tell It: Brooklyn, Two Truths and Lie, and more.  In 2017 her hour-long solo show, 18 days. 48 girls. was in the NYC Off-Broadway Frigid Festival.  Her show, Courtney Goes To Camp, premiered at the 2015 PIT SOLOCOM.

She is the creator and producer for the YouTube show Stay Golden, a channel of original programming inspired by The Golden Girls, --including mashups, interviews, essays, DIY, vlogs and more.  The channel currently has over 20,150 subscribers and still climbing.    The series has been recognized by Nerdist, The A.V. Club, TubeFilter, Comic Buyer, and more.   She is also the host of Golden Girls Bingo in NYC, a monthly show featured by TimeOut NY as a top 20 event to attend  the City.

Professional affiliations include: Dramatists Guild of America. For more information about Courtney check out her website: www.courtneyantonioli.com.

The Mount
by Courtney Antonioli

It is 1902.  A woman must decide whether she continues to care fo her mentally failing husband, or does she leave and save herself.  This woman is Edith Wharton.

Eleanor has to return to her old apartment, where her soon-to-be ex-husband Andrew still lives, to pick up some paperwork.  During the awkward evening, Eleanor's courage begnis to unravel as she doesn't like all the changes she finds in the apartment.

Kate has been going to the same bookstore every night for the last few years, but never reads a book until she decides she is going to read the 100 greatest books of all time -- thanks to a list out of Cosmo magazine.  She meets David, waiting for his blind date, and he is lured in by the pile of books on her table.

George can't quite figure out if something is bothering his wife-- but he knows one thing for certain, she isn't making his Toast the way he likes it anymore.

Cast:
Don't Go Into The Light
by Courtney Antonioli