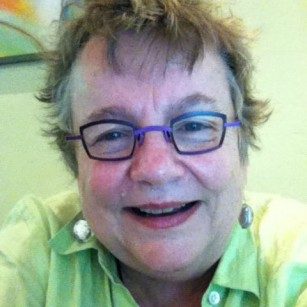 Constance Congdon has been called "one of the best playwrights our country and our language has ever produced" by playwright Tony Kushner in Kushner's introduction to her collection Tales of the Lost Formicans and Other Plays. In addition to Tales of the Lost Formicans, which has had more than 300 productions worldwide, Congdon's plays include: Casanova, Dog Opera (both produced at the Public Theatre), Losing Father's Body (Portland Stage - Maine), Lips (Primary Stages), Native American (Portland Stage - Maine, Lyric Hammersmith Studio), The Children of the Elvi (Key City Public Theater), A Mother, starring Olympia Dukakis, and a new verse version of The Misanthrope, both commissioned and produced by American Conservatory Theater. Also at ACT: Moontel Six, a commission by the A.C.T. Young Conservatory and subsequently performed at London's National Theatre, followed by another production of the two-act version at San Francisco's Zeum and directed by Young Conservatory Director, Craig Slaight. The Automata Pietà, another YC commission, received its world premiere at San Francisco's Magic Theatre in 2002; Nightingales went to the Theatre Royale Bath's Youth Theatre. Congdon's No Mercy and its companion piece, One Day Earlier, were part of the 2000 season devoted to Congdon at the Profile Theatre. Her latest play, Paradise Street, developed at New York Theatre Workshop, received its premiere production in Los Angeles at The Attic Theater by the Title 3 Company. She has also written a number of opera libretti and seven plays for the Children's Theatre Company of Minneapolis. Congdon's plays have been produced throughout the world, including Cairo and Berlin. Her plays are published mainly by Broadway Plays Publishing. Samuel French published Dog Opera. A collection of four of her plays has been published by TCG, Inc. Her new verse version of Tartuffe will be included in the next Norton Anthology of Drama, and is already out in a single-volume Norton Critical edition. She just finished Take Me to the River, commissioned by the Denver Theater Center. Her adaptation of A Servant of Two Masters was at Yale Rep, season 2010, and continued to The Shakespeare Theater in D.C. and the Guthrie Theater. Her adaptation of Moliere's The Imaginary Invalid has been produced in several regional theaters, most recently at Portland City Stage. In the works is No Little Rebellion, a play about the Daniel Shay's rebellion, commissioned by a consortium of Shakespeare theaters. She's been writing a long time and can thank the NEA, the Rockefeller Foundation, the W. Alton Jones Foundation, the Guggenheim Foundation, New York Newsdays Best Play Award, the Arnold Weisberger Award, the Berilla Kerr Award, and, most recently, the Helen Merrill Award for making this more possible. Congdon was just honored with an award "for distinguished service to the American theater" at the Great Plains Theater Conference. She's an alum of New Dramatists and a member of the Dramatists Guild and of PEN. Congdon has been teaching playwriting at Amherst College for two decades.