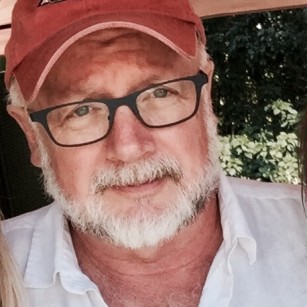 Carter W. Lewis served as Playwright-in-Residence at Washington University in St. Louis from 1999-2021. Prior to that, he was Dramaturg and Playwright-in-Residence for The Geva Theatre Center in New York. Carter was also co-founder and Resident Playwright for Upstart Stage in Berkeley, California. He is the winner of several national playwriting awards including: The Julie Harris—Playwriting Award, The State Theatre—Best New American Play, The Cincinnati Playhouse Rosenthal New Play Prize (1996 & 2001), New Dramatist Arnold Weissberger Playwriting Award, Playwrights' Center Jerome Fellowship, The Kevin Kline Award for Best New Play of 2009 and he is a two-time nominee for the American Theatre Critics Award. For his play While We Were Bowling, Carter was the recipient of an NEA/TCG Residency Grant for Playwriting, and The Blanch and Irving Laurie Foundation Award for Best New Play. A sample of theatres that have produced his work include; The Cincinnati Playhouse in the Park, Syracuse Stage, The Source Theatre, Florida Stage, Studio Arena THeatre, The Fulton Opera House, Arizona Theatre Company, B Street Theatre, The Round House Theatre, Merrimack Repertory Theatre, The Dorset Theatre Festival, The Sacramento Theatre Company, The Ensemble Theatre of Cincinnati, The Phoenix Theatre, The Barksdale Theatre, American Stage, Cider Mill Playhouse, The Boarshead Theatre, Sonoma Repertory Theatre, Oakland Ensemble Theatre, Pegasus Theatre Company, Northwest Actors Studio Theatre, Wellfleet Theatre, The New Repertory Theatre, Theatre on the Square, The State Theatre Company, The Barter Theatre, Florida Repertory Theatre, Virginia Stage, The Geva Theatre Center, New Jersey Repertory Company, The Repertory Theatre of St. Louis, The Falcon Theatre, The Berkshire Theatre Festival, San Diego Repertory Theatre, and the Royal Court Theatre in London. His published works include: Art Control, No Preying, A Geometric Digression of the Species, anSoft Click of a Switch, An Asian Jockey in Our Midst, and The One-Eyed Man is King. Other plays by Carter W. Lewis include: Golf with Alan Shepard, Picasso Does My Maps, Longevity Abbreviated for Those Who Don't Have Time, Women Who Steal, Men on the Take, American Storm by Integrity Out of Molly Brown, Kid Peculiar, Ordinary Nation, Civil Disobedience, Hit Story, Camden & Lilly, Echo Location, Unlucky Nick, and With. With was workshopped at the 2017 PlayPenn Conference in Philadelphia and received its world premiere at Perseverance Theatre in the fall of 2019. His play Kim Jong Rosemary was selected for the Labute New Theatre Festival and had its premiere in St. Louis in July, 2019. He was the 2019 Playwriting Fellow for the Shakespeare Festival of St. Louis where his commissioned play The Story Blinks was developed in the fall of 2019. His new play, The Science of Leaving Omaha was commissioned by Washington University and will premiere in November, 2021. The play was also selected for the Palm Beach New Year, New Play Festival in February of 2022.

The Science of Leaving Omaha, which was commissioned by Washington University will be produced at the university in St. Louis November, 2021. It will have a subsequent workshop at Palm Beach Dramaworks' New Years, New Plays Festival in February 2022.