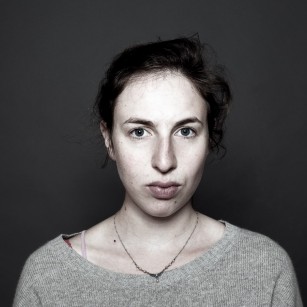 Ariel Stess
She, her, hers
Affiliated Writer
Evanston, IL
Playwright and director. Her work has been produced by Clubbed Thumb, New Georges, and The Bushwick Starr.
[contact]
Website
Biography

Ariel Stess is an L.A.-based playwright and director originally from Santa Fe, New Mexico. Her plays include The World My Mama Raised (Clubbed Thumb 2017), Heartbreak (The Bushwick Starr, co-produced by New Georges, Time Out Critic’s Pick 2015), I’m Pretty Fucked Up (Clubbed Thumb, Five Stars Time Out 2014), Tranquil, and KARA & EMMA & BARBARA & MIRANDA. She is a member of New Dramatists, a 2019-21 Core Writer of the Playwrights’ Center, and a New Georges Affiliated Artist.

She holds a BA from Bard College and an MFA in Playwriting from Brooklyn College where she studied under Mac Wellman and Erin Courtney. She has taught at NYU, Brooklyn College, BMCC, and SUNY Purchase. She currently teaches playwriting and screenwriting at Northwestern University.

The story of four women with interlocking experiences who are trying to rid themselves of the toxic men in their lives in order to become whole. Spoil alert: they succeed! The play uses monologues, narration, and humor to reveal what if feels like to navigate space as a woman and delves into how, depending on our generation and class, we can turn on each other and misunderstand each other. But it also shows how we can unite, find hope, and bolster one another through unexpected small moments. This play is hopeful and playful and requires no set!

Spanning thirty years, this play is about trauma in love, the myth of the American cowboy, and the ways we grow and learn ...  and don't grow and learn.

A play about fathers, daughters, siblings, and business partners. In a nutshell, a play about having your heart broken written in emotional utterances. This play feels like a comedy/poetry/song and can be performed with little to no set!

World premiere at The Bushwick Starr, co-produced by New Georges

Set in Santa Fe, New Mexico, this comedy/drama looks at five teenagers' interlocking experiences on the day of a lockdown at their high school --- a portrait of attending high school in America in 2000.

Cast:
4 women, 4 men
The Only Girl in the Hot Tub
by Ariel Stess

This painful comedy looks at the insidiousness of rape culture in America through the eyes of three teenage employees at a fitness, swim, and racquet club.

A satire about the school-to-prison pipeline, mass incarceration, and women's reproductive rights.