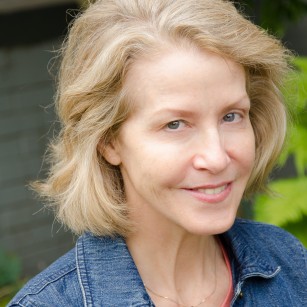 She has benefitted from residencies at Hedgebrook, the New Harmony Project, and Banff Playwright's Lab, and has been a Core Writer of the Playwrights' Center.

Allison was recognized this year by TYA USA as "One of the 10 Most Produced TYA Playwrights." Her plays for young audiences include Go Do. Go!, adapted from the P.D. Eastman book and co-written with Steven Dietz; Even Steven Goes to War ("Zoni" Best New Script Award; AATE and UPRP awards; Kennedy Center New Visions/New Voices selection); Peter and the Wolf (Seattle Times Best New Play Award; National tour), Junie B. in Jingle Bells, Batman Smells! and Junie B. Is Not A Crook (over 200 professional productions), adapted from the beloved book series by Barbara Park. Ronia, the Robber's Daughter, adapted from Astrid Lindgren's story, premiered aat Teatr Pinokio in Poland, followed by a U.S. premiere. Her adaptation of Judy Moody & Stink: The Mad, Mad, Mad, Mad Treasure Hunt, a seven-theater commission, recently premiered at all seven theaters. Allison lives in Seattle and Austin, where she is the co-founder of the Marthas, a playwright collective. Her plays are published by Playscripts, Smith & Krauss, Dramatic Publishing, and Rain City Press. 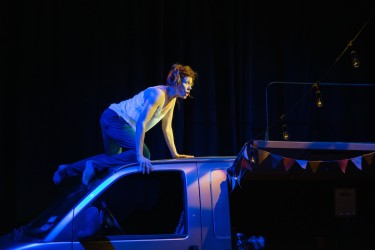 It’s the 70’s, there’s music and make-outs and freedom is just out of reach. Wild Horsesis a savagely-funny play about a threshold summer that forever alters one adolescent girl, as portrayed by her grown-up self. Complex and timeless, this is a coming-of-age story for all generations. The pathos and hubris of teenage years, the struggle for identity, independence, and authenticity, and the desire to find her place in a complicated world — it all come rushing at us as she takes us on the ride of her life.

Wild Horses, a play about a woman’s recollection of an impressionable summer from her youth, will be showing on (March 17-April 4, 2021) as apart of Merrimack Repertory Theatre 2020-21 Season.

Go Dog Go! Adapted by Allison Gregory and Steven Dietz, composed by Michael Koerner, based on the story by P.D. Eastman named one of TYA/USA's Most-Produced Titles of 2019/20.

Allison Gregory has been selected for a seven-theatre commission, adapting the favorite children's book Judy Moody & Stink: The Mad, Mad, Mad, Mad Adventure. Read about it: