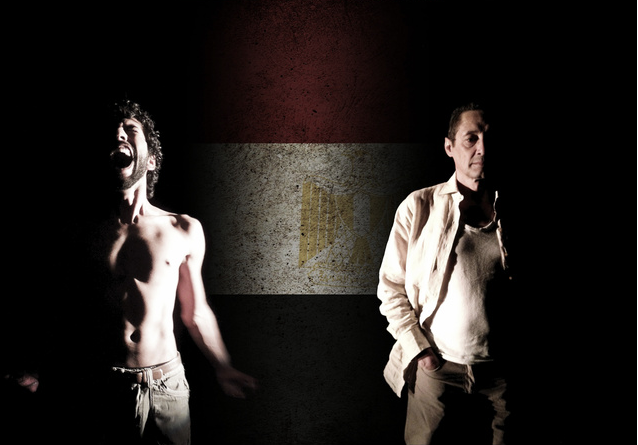 Set in present day Cairo, CRY HAVOC explores the troubled relationship between the western world and the Islamic Middle East. Cultural imperialism, religious fundamentalism, political repression, and personal sexuality are deftly unfolded in this tender and shocking play about the dissolution of a loving relationship between a British expatriate writer and his young Egyptian lover. Both men are forced to examine the fine line between conviction and obsession as they confront a repressive government and their own identities.

Cast:
Nicholas Field, British male, 30-35. Gay, expatriate historian and translator of Arabic love poems. One of the many ascetic, itinerant British scholars one finds in almost any exotic locale. Loves Egypt for it’s mystery, chaos, warmth, excitement, and young men. Rumpled clothes and life style, brilliant mind. A bit naive. Excited and excitable. Speaks fair Arabic. Has been in Egypt about six months. Mohammed El-Qahira, Egyptian male, 20-25. Good looking, normally fresh-faced and full of life. A recent university graduate with a degree in British Literature. Speaks fairly fluent English. Has always felt a bit out of place in his homeland and had a deep desire to be in England, the land of Shakespeare, Sherlock Holmes, and Joe Orton. He does, however, have deep feelings about Egypt which rise to the surface as the play continues. Has loved Nicholas very much and still does. Ms. Nevers, British female, between 40-60 years old. Very efficient British visa officer. Stiff upper-lip but with hidden reserves of passion. Extremely well read and professes a great love for all things British, even though she’s spent a great deal of time living in foreign climes. She’s searching for something. Love? Meaning? A great believer in truth.
Authors:
Tom Coash
Script: