Hayley Finn: December is one of several plays you’ve written to feature poetry as an important element. How do you see your background in poetry influencing your work as a playwright?

Marisela Treviño Orta: Poetry was the way I expressed myself creatively before I began to write plays. I wrote bad, angsty poetry in high school and even produced a literary magazine in college while studying to become a history professor. It wasn’t until I entered an MFA program in poetry at the University of San Francisco that I discovered theater was the genre I had been looking for.

From very early on, I kept an eye toward poetics in my playwriting. All of the elements that make up a poem—rhythm, pace, rhyme, alliteration, line break—are still there. They are the tools in my toolbox. Federico García Lorca said, “A poem is a play standing up,” and I really think that’s true; it’s not just the language being expressed, but the soundscape, visuals, and unspoken subtext.

HF: The play’s two characters are also interested in poetry, and they’re both from Texas, like yourself.

MTO: I have to give something of myself to my protagonists. They have to be real people to me. And giving them pieces of myself helps me understand them and completes the puzzle so that they become fully three-dimensional figures in my mind and then the play just starts writing itself. I think authentically imbuing your characters with specificity only helps the audience connect to them.

HF: The play has a unique structure for a love story. It jump-cuts in time over many years, and we see these characters at various points in their lives. How did you come up with that structure, and what challenges and opportunities does it present?

Having explored tragedy a lot in my earlier work, I wanted to give my characters a chance to be happy. I also particularly wanted to examine the idea that love is about timing—that our characteristics are a small factor in determining a potential connection or misconnection with someone else. And so, I had to traverse time in order to fully explore the possibilities contained in individual moments between Carolina and Benjamin.

I also needed to provide some type of continuity between the three scenes, which is why they share a similar structure—an evening hanging out in Carolina’s house. One of the challenges I want to address with this workshop is how to keep each scene fresh even though they follow this pattern.

HF: What else would you like to work on during the workshop?

MTO: Another way I’ve incorporated the passage of time is that even though it’s a two-hander, four actors are needed so that we can see the characters age physically between scenes. I’d like to be able to spend more time working on the final scene, with the actor playing Carolina at age 60, to show how much she’s learned over the past 20 years, and to let the audience luxuriate in the final moments of the play.

HF: Music is also a prominent element in December. What was the inspiration for that?

MTO: One of the biggest inspirations for writing the play was one of my favorite movies, Harold and Maude. I love that movie and I injected it into the play by way of the music, and that ended up influencing the fact that there’s lots of music in the play. Music tells you what era we are in. There is also the added element of nostalgia—the record player and the physical action of dropping the needle.

And of course, Harold and Maude is also a love story with a big age difference.

HF: The last piece you worked on here was an adaptation of Dickens’ Little Dorritt, which I think had over 50 characters.

HF: So obviously you work in a myriad of styles and forms. How did the experience of working on a piece like Little Dorritt contrast with writing a two-character play?

MTO: With an epic like Little Dorritt, there’s a lot of plot, and the characters serve the purpose of tracing multiple threads that all converge at the end, whereas a play like December is more about crafting a relationship between two people and lingering on it. It’s less about using characters as devices per se and more about letting them get to know one another—I don’t know if one is harder than the other; they’re just different.

HF: You’ve been commissioned by Audible to write a play that will appear at the Geffen in Los Angeles at the same time it will come out on the Audible platform. Can you tell us how writing for an audio play has affected your writing?

MTO: Working around the visual elements has been an interesting challenge. There are obvious hurdles, like indicating silent character movements with noise or language, but other more technical issues too. For example, the play takes place on a camping trip, and the characters use an animal deterrent device that mimics an animal’s eye with a blinking red light. In a staged production it would be silent, but we’ve been exploring different sonic cues to help the listener stay in tune with the action.

We did a scratch recording last month at Audible’s studios and recorded the play with actors to see if things were missing, if there needed to be a bit more clarification on what was happening. In a stage play if somebody throws a water bottle at another character to catch it, they can just say “catch”, but in this case, you have to preface it a little bit more than you would in a stage play. It was helpful to do that scratch recording so that we could try and identify moments like that which will need shoring up and extra support, so that there will be slight differences between the audio play and the play that’s on stage. 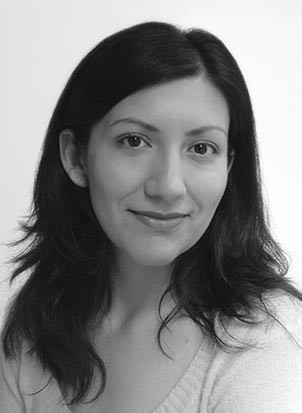