Hayley Finn: How did this idea and this collaboration develop?

Jeffrey Hatcher: We were at a dinner one night. Sandra and I were the last people at the table, and I apologized to her for not fighting to have her be in a show for which she’d done a workshop. She said, “Oh, it’s no big deal. Of course, I won’t have health insurance now.” So, being a cliché, I said, “I can fix this. What if we work together on something?  I’ll write a play, you’ll act in it, you’ll get your health insurance, we’ll kill three birds.”

I remembered an idea I’d had about Henry James and an actress, and emailed Sandra a treatment. I didn’t know who the actress would be. I gave the character a fake name, “Vivian Grayle.”

Sandra Struthers: I asked, “Do you want my response as a writer, or do you want my response as an actor?” As an actor, you don’t necessarily offer your opinion about the content. You know what the boundaries are. So we tested the waters, and Jeff was like, “I want to know what you think of it as a writer.” It was during the Kavanaugh hearings, and I was particularly angry about women’s issues. I read the treatment and I thought, “This is kind of sexist.”

The actress character was a Manic Pixie Dream Girl in a corset. I was so tired and so insulted by the kind of roles that had been offered to me throughout my whole career, but especially as of late, and I just had no patience for the idea of putting something out in the world that was, once again, the story of a man whose life is forever changed by an interesting woman.

I said, “I am concerned about the way this is written and the way that a woman is portrayed as a device to reflect the character of the man.” We talked about it a little bit, and Jeff was very clear that he wanted it to be about her as well. I said, “Well, if that’s true, then some tweaks need to happen in terms of the story, how it’s told, and these characters.” Then Jeff wrote back, and said “Would you like to write it with me?”

JH: I had read some of Sandra’s writing, a young adult book and a memoir. I thought, “She writes really well, and she does good dialogue,” but I had no idea if she could write a play, because it’s a different discipline. So I made a leap of faith.

SS: I don’t think I would have ever said, “Yes, I will write with you,” if I hadn’t been so impassioned by what was going on in the world. I was so frustrated as an artist, as a female artist, that I think it pushed me to have the audacity to say, “Yes. Fine. You know what? I will write with you, and your play is going to be better because I’m writing with you.” I really can’t believe I said, “Yes,” and I can’t believe I was so aggressive about what I thought the play should be and how I wanted to work.

What was it about Henry James and Elizabeth Robins that attracted each of you?

SS: I love Elizabeth Robins. She’s amazing. She’s who I would want to be if I lived then. She was an actress who was secretly a writer, writing under a male pen name. She was financially independent because she had the income from her writing, but none of the scrutiny of being an author because she was writing under this pen name. She was also a widow, so she had the protection of having been a married woman and the freedom of being single. She was a suffragette and ended up writing a suffragette play. She knew what she wanted. She went out and got it. Nothing could stop her. She was wild and independent and ferocious.

Let’s talk about the meta-theatricality in the play, where Jeff and Sandra appear as characters. That was something you, Sandra, put forward as an idea and you, Jeff, were maybe not receptive to at first. How did you make the decision that this was the direction you wanted to go with the piece?

SS: As far as I was concerned, that was always how we were going to structure it. We actually ended up having some bloody battles about keeping that as part of the play. I was willing to give it up if it didn’t serve the play, but in my heart I felt like it was actually the driving force. I thought the most elegant way in would be sharing with the audience what was actually was happening in the writer’s room, in real time, between the two of us. We needed to say some really ugly, honest, real things and be willing to offer them to the play, because that’s what was required.

JH: I won’t say I was violently opposed to this, but I did find it suspect. I don’t believe I consciously tried to kill it, but every time we’d get to the Sandra/Jeff meta stuff, I thought, “I don’t know what this is. What’s the plot? What are we supposed to do?”

JH: I didn’t know how to follow you, how to get there. Fear translated into passivity and frigidity on my part. I didn’t want to talk about things like that.  I’d say, “I’m willing, but I need to find some dramatic way to say it, a way that is not simply, ‘Ladies and Gentlemen, here’s the story of my life.’ ”

Throughout the collaboration, where have you seen each other’s strengths, or things that you admired about the other’s approach that became a part of your own process moving forward?

SS: For me, it was very motivating to have someone to with whom to wrestle. It was like how kids play—“Look at this! Look at this! Oh, you did that? I’m going to do this!” There was a playfulness that I think is very engaging. And of course, the millions of things that you know about writing and storytelling are affecting me. Of course they’re teaching me more about how to edit, how to create work, how to pull out the threads of what is best.

JH: The way you are willing to just go out and say, “This horrible thing happened. I did this, they did that.” I don’t know that I have the guts for that. That kind of bravery I admire.

SS: I think we have very different sensibilities, and that’s actually nice. It’s nice to have someone to push against who’s not like you. 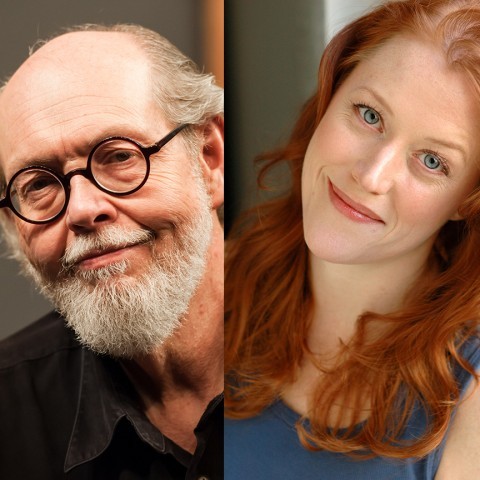