Join us for readings of #ROYCE on Monday, March 2 & Tuesday, March 3.

HF: In #ROYCE, you render three men—a circle of friends—with palpable truth. Their voices are distinct and the dynamics amongst them so real. Did you base these characters on people you know or dynamics among your friends?

DC: Yes and no. Certainly the dynamic is based on two very good friends of mine; one of them being Martin Wilkins, who is directing it, and the other is Brian. The voices come out of me, Martin and Brian, and some other friends. There’s a mix there for a variety of reasons. I wanted to honor the ongoing dynamics of that friendship and how it’s changed over time. The stuff in the play that’s from a bunch of other friends is because there were some things that I wanted to explore that go beyond some of the things that we’ve yet to experience.

A lot of the play comes out of my fears with me confronting what would happen if those friendships fell apart. Some of the things that come from outside the play are actually people and personalities that I know that have been isolated, that have lost really close relationships, and what led to that.

The people represented in the play are black, gay men in their 30s. One character refers to being in “a glass closet” and looking at a younger man in his early 20s as being completely free. Is this generational difference that is pointed to in the play something you were consciously examining in #ROYCE?

It’s tricky. A lot of people would tell me 30s and 20s is the same generation. Part of the play is arguing that maybe our society and our generations are actually getting smaller. We see that in various groups’ route to liberation. Who feels free to express themselves with the fullness of their humanity and with a big, all–encompassing honesty seems to be changing very quickly. For a queer man of color, we can often see it in just that kind of distinction. It shows up in the most interesting and surprising of ways; who feels comfortable living in this grey area of the “glass closet” that Cam talks about, where you can live your professional life and personal life in a way that feels somewhat secure and honest enough.

Once upon a time, it felt like a dream. I think what has surprised people is how quickly a generation has moved up behind. There are young adults for whom that is not enough. We now have folks who are like, “That’s actually a form of oppression and bondage in and of itself. Being able to claim a space loudly in whatever sphere you are in, as a queer space—as a black, queer space—is something that we should all be working towards.”

It’s still a revolutionary idea because those same people are interacting intimately with people like Cam who thought the glass closet was safe, necessary, and a real win. It’s not to say that it wasn’t, but we’re moving fast. I think that’s some of what’s happening there.

I appreciated seeing these men on stage. They aren’t characters that we have the opportunity to spend much time with in the American Theater.

Yes, it certainly was one of my goals to enter a story that focused there and included those characters being able to say, “I love you” to one another but also be able to say, “I love myself and I have value” and put them against a backdrop that had recognition of the sociopolitical moment.

When we talk about Black Lives Matter, police brutality, access to security and safety, I think there are times when we run the risk—particularly when it’s black folks talking to other black folks—of trying to run away from complexity. We don’t always hold enough space to say, “These things are real for all of us, but they affect us and show up in different ways. We respond differently based on our gender expression, our sexuality, our region, and our faith.”

It’s a lifelong project of mine to push and prod all of us to move away from monolithic thinking of any marginalized group. I feel as if there are a number of playwrights who are arguing for us to explore queer men of color onstage. I think of Michael R. Jackson, Paris Crayton, Aurin Squire, and Lee Colston.

Do you feel that’s in the last five-to-ten years? I don’t feel we have a canon of work that we’re drawing on. I feel like this is still very new.

I don’t know that there’s a canon. I’m of two minds about it. On one hand, I wouldn’t be a playwright or a writer if not for the work of James Baldwin. I grew up knowing the work of Langston Hughes as well. There are a lot of people who still go back and forth about how to understand his romance and sexuality and where to place him. I’m careful to not suggest that queer, black men have not been writing in the American landscape for decades. At the same time, I feel in the last 10 years we have wanted to explore a multidimensional view, and a conflicting, rich panoply of black, queer men who aren’t the side-kicks, aren’t the mandingo, and who aren’t the black American dream either.

I believe theater has had to have a reckoning about who is making decisions and whose stories feel at home onstage. Many of us are in this field because we believe there is something theater can do that no other medium can do. It’s the immediacy of that flesh and blood in front of us, in a communal space with other people experiencing the story. If we don’t challenge who gets to be on that stage, then we are actually denying the power of that medium. We’re claiming an importance of the performative act and space that is the core of our humanity.

Speaking of performative space, I want to talk about your decision to make this a one-person play and that theatrical convention.

The original germ of the piece is the monologue that Darnell has about the code. Once I finished that monologue I thought, “I’m interested in Darnell but I’m also interested in the other people around him.” I felt like there were these other voices that wanted to speak up. I wondered who these other voices were  and why they felt like they were there but not quite in the piece.

At the same time, I was going through a text thread that Martin, Brian, and I were on. It was interesting how our personalities were coming out. You can tell who’s speaking, but over time we developed a shared language and experience to the point where we were finishing each other’s thoughts. You could see it was both a dialogue and discussion, and a monologue at the same time. There was this shared voice in it.

I started to think about it—again being drawn to the idea of a play that really looked at the relationship—and what I was afraid of about it. I realized that to really make someone understand what’s at stake here and why this friendship is important, I’ve got to find a way to theatrically represent this kind of shared embodiment and experience. I started to explore what that could look like if I had all the characters embodied through one vessel.

There is something powerful about it coming from one person. And yet, those voices are so distinct in the way they’re written that it’s clear to see the three different men.

That’s the high wire balancing act of the piece for all three of us: writer, director, and actor. You want people to be able to follow the story, to see the difference in the three men, and when there is this grey area, if a little piece of them starts to bleed into another piece of them, well that’s kind of the point. Trying to figure how much of that the piece can support without it turning into a mish–mash has been a journey.

You’re working closely with Martin on this play. Can you talk a bit about your collaboration and how that developed?

Martin and I go all the way back to my very first professional production. He was the associate director on the first play I had produced. On some level, Martin is one of my artistic cabinet. One of Martin’s gifts is his ability to come to a text with honesty but also remove himself from it. He’s bringing something unique and powerful to the script as someone who is actually an inspiration for it.

What are you hoping to work on when you’re here at the Playwrights’ Center?

Definitely this question of a one-actor piece. It is a really specific form to get to make work. It makes a different demand on the writer and the actor. What are the rhythms of the script? Am I asking the impossible of the actor? Do they have the tools within the text to make the story clear to an audience?

I have also struggled with how to be honest about the splintering of this friendship but not make the play about human destruction. Does it make sense if the last third of this play does that in a way which is both convincing and rich for the audience?  I’m always interested in audiences because that’s why I’m doing it; to tell a story to someone. That’s what excites me. 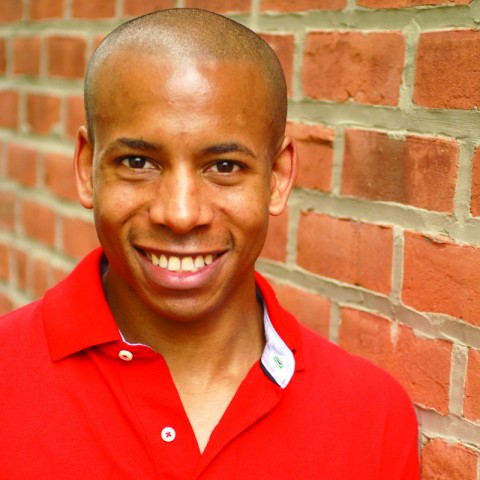