Hayley Finn: What was your impulse for creating a sequel to Twelfth Night?

Betty Shamieh: I come from an immigrant family, and the first plays I saw were through high school programs. I encountered Shakespeare’s work on the page before seeing it on stage, and Twelfth Night was the first play of his that I read. For me, that was a good thing, because I was able to interpret it in my own way. Malvolio is often cast as a decrepit old man. In my mind, he was a young servant who was trying to do his best by his mistress. I saw it as a play about class. It was very upsetting to me that he was sexually humiliated for desiring somebody above his station. The fact that Twelfth Night ends with a threat and Malvolio vowing revenge seemed to beg for a sequel. I wondered: what might a servant’s revenge look like?

I’ve generally gotten a lot more love and productions when I write traditional family dramas about Arab Americans and the trials that they face, that seemed to be where American theater wants to put women of color. But, I got a commission from Denison University to write whatever I wanted, so I went for it.

HF: How have you navigated that expectation that, as a woman of color, you should write a certain way?

BS: When I meet with many theater companies, I know they’re interested in the Arab American voice. I applaud that. Since Roar premiered in 2004, there have been a plethora of different Arab American playwrights being produced off-Broadway and regionally. Nothing thrills me more than the idea that there is more than one perspective from my community on our stages. It frees me to not have to only do that. A sequel to Twelfth Night is not what most theater staff members expect when they call an Arab American playwright into their office. There are a lot of reasons for that, and it’s expensive, so taking a chance on a woman of color doing ambitious, large-scale work feels risky. At this stage, I’m striving to free myself as an artist and not succumb to the pressures of the marketplace of American theater by writing the play that people seem to expect or want from a writer of color from my community.

Malvolio comes from that place in me that says, “American theater has to become more of what it is, since now there is such outstanding storytelling on television.” When I got out of drama school, it was slightly embarrassing for playwrights to admit to wanting to work for TV. It was considered more noble to devote yourself entirely to playwriting. Nowadays, playwrights are being presented as a writer for Mad Men or Insecure when theater companies advertise our plays. You can sell yourself to theater audiences by saying, “If you like this show I’m writing on Amazon, Hulu, or Netflix, you’re going to really love this play.” No one could have predicted that shift.

Theater has to become more theatrical in this environment, where there is so much good television written by some of our best playwrights, if we want it to survive. We must give our audiences experiences that can only be had during a live performance. In terms of language, content, and form, theater has to offer audiences a journey you can’t take elsewhere. We must be more experimental, more dedicated to doing what only theater can do. I think we have to change or die.

HF: Your plays have been translated into multiple languages. That’s quite unusual. Why do you think your plays have global appeal, and what is it like to see them performed in a variety of cultural contexts?

BS: My first production I saw in translation was the Greek premiere of The Black Eyed in Athens. I attended rehearsals, expecting that the Greek actors would want to engage with the politics of the piece, and have in- depth discussions about the Israeli-Palestinian conflict and Arab American issues post-9/11. But nobody asked me a single question except about the characters’ motivations. It was as if there were no politics involved in doing a play about four Palestinian women from across the ages. So, after I drank a bit of ouzo on opening night, I asked the producer, “Why did you spend all this money—here in Greece when your economy appears to be going to hell—to translate and present a play about four Palestinian women?” She seemed surprised by my question and told me, “We never saw it that way. We saw it as a play about four strong people.” That was really eye-opening. Now I’m very aware of how the marketplace of American theater impacts not only which plays you choose to write, but also how you see yourself and your work.

Outside of the American context, most countries don’t have the same concept of political and non-political theater. This idea of “political” art as a category really took hold in America during the McCarthyism era, as a means to identify and target artists who were considered dangerous. For me, the word “political” usually means someone who sugarcoats the truth or doesn’t tell it like it is. It’s not a compliment in my mind.

Using that definition, one of the most “political” moves I made was to look at the marketplace of the American theater industry, observe what types of plays by writers of color were being produced, and say, “I’m going to write a traditional family drama. Here’s Roar.” Roar eventually became the first play of mine to be produced off-Broadway, and is being taught in multicultural theater courses at universities across America. To me, that’s a political move by an artist of color, to make a decision to give the marketplace what it’s asking for, and to be rewarded for it. Am I sorry I wrote the play? Of course not. It’s still one of my strongest works. But I was aware that this kind of play was an easier sell than a project like Malvolio, particularly for a female writer of color.

It used to feel frustrating that my plays are produced on a larger scale in Europe than they are in the U.S. But, now that I have the support of places like the Playwrights’ Center to develop dream projects like Malvolio, I feel like it’s also been a blessing. I’ve been exposed to so many more kinds of theater and different artists than if I had only been produced in my country.

HF: Let’s turn our attention back to Malvolio. What was your process for writing this play?

BS: I had a deadline! A university theater committed to producing my play with students, so I had to show up with something. I think if I didn’t have that support, it would’ve been very hard for me to complete. I wrote it to play in rep with Twelfth Night, and it is crafted in a way that all the characters can be doubled. My hope is that an audience could watch Twelfth Night and then watch Malvolio in the same day.

What was necessary to write Malvolio was a beginner’s mind, the hubris of youth. I wrote this play in order to delight the spirit of Shakespeare, whose plays have so delighted me. I see playwrights across the ages in conversation with each other, so rather than say to myself, “Oh my god, who are you to write a sequel to one of Shakespeare’s greatest comedies?” I’m like, “I’m just another person like him who’s trying to have a good time.”

Comedy is at the core of all of my work, even my most gut-wrenching plays. For example, The Black Eyed centers on the story of an Arab American who gets killed on a plane on 9/11, inspired by a true story. In the play, the character realizes that, though she has never felt truly accepted as an American, she is about to be killed because she represents America. That’s a crazy-making position to find herself in. Her reaction to her predicament is quite funny, which I believe humanizes her story and is why audiences respond to the play. Comedy is the only surefire way I know how to show that people are all inescapably the same, no matter how different we might seem. If you can make somebody laugh with you, it’s harder for them to continue to think of you as inferior. Humor is part of what makes us human. 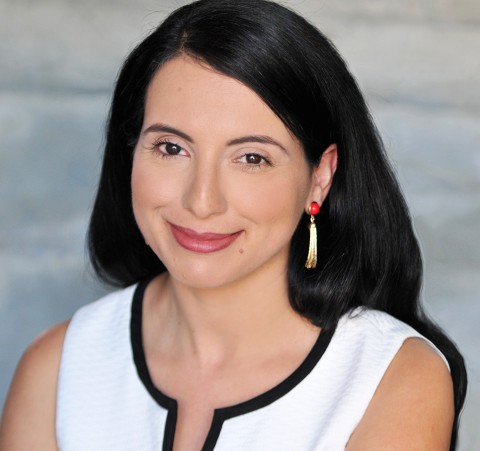