Hayley Finn: This play is based on the Mitford sisters. Can you talk about how you first heard of them and what inspired you to write this piece about them?
Allison Gregory: While doing research on other plays, a couple of times I found myself for whatever reason reading about a Mitford. What I didn’t realize was that each time it was a different Mitford. In my mind, I thought it was all one person, and then eventually, I went, “Wait a minute, this Nancy Mitford, she’s really interesting and just a fascinating person. I think there might be a play in here that somehow involves her.” I started reading these various books and one book that kept drawing me back was a compilation of letters, and the more I read the letters the more intrigued I was. They simultaneously revealed something about the sister that I understood, but I also realized that not every sister had read each letter, and it just started to build all these dynamic stories in my mind about, “Whatever became of that?” or “Did she ever find out about that thing?” or “Did they ever confront each other about their feelings or opinions?” Little stories started to spin out of my head and I ended up sifting through those thousands of letters and finding enough dynamics that I was intrigued and interested and wanted to follow further.

HF: What in particular about these women got you excited and prompted you to tell their story?
AG: Well, I’m a sister, and there are four of us, and so I get sister dynamics. What really jumped out to me about the Mitfords was this notion of six sisters who were raised in the same household but had somehow turned out so wildly different, just like my sisters and I. They had plenty of baggage—I mean one was a communist, one was a fascist, one was a Nazi, one was a socialist, one was a novelist, one was a duchess—but somehow, despite enormous rifts and outrageous accusations, they were compelled to stay in contact with each other.

HF: Do you have a sense of why they were so different?
AG: I think they were different because of the reason that other people who have siblings are different. They were raised in the same household essentially the same way, but there’s birth order, and that really affects a person’s personality. So no, I don’t have an answer because I don’t know why my sisters and I are so different.

HF: Are you radically different from your sisters?
AG: Oh, God yes. I mean, like wildly. And the one that I’m closest to in age, we couldn’t be more different politically, our values are different, our families that we’ve started are different. But I will say the one thing we share, and this is true of the Mitfords, is our sense of humor. I think that just subconsciously really appealed to me, that they are wickedly funny women, each in her very own cultivated way, but they do share that.

HF: Are there other playwrights or theatrical experiences that you’ve really admired? And are there are correlations between this play and those experiences?
AG: There are so many playwrights out there. I really like the stuff of Branden Jenkins Jacobs because I really love the theatricality of his pieces and how much he includes the audience in the telling of whatever play he is writing. I think Sarah Ruhl—in fact, I looked at her when I started to write this play. I said, “Sarah Ruhl is a writer I admire, and she’s written a play about letters,” and so I looked at that and said, “That’s not at all like the play I’m writing, but it’s a wonderful play.” I am a very associative writer, so I think I’m always trying to copy the last play I’ve seen, and I always fail, always.

HF: And then you make your own original play. That’s the failure, your originality.
AG: Exactly. I think it’s a good thing that I fail. I’m always trying to ignite theatricality in any play I write. I’m trying to burn down the old house and build a new one with this play. And that’s exciting to me, and challenging, and hopefully something I’ve achieved here.

HF: You were a successful actor for several years and recently turned your attention towards playwriting. What inspired you to change direction in that way?
AG: Well, as an actor I was working on new plays, and that was sort of my first inkling that not all playwrights were dead and that plays were still being born and coming into the world. That was an eye-opener for me! So a seed was planted. And I was in a reading of a new play at the Denver Center Theater — and it was actually a play by former Playwrights’ Center Fellow, Tom Williams—and I was suddenly meeting these playwrights who were writing new plays, and it seemed like a real thing, like an achievable thing. So I started just reading new plays, and that fed the fire. Soon after that, I was taking a class down at South Coast Rep with Karen Henshall, and when I wanted to take another class, the acting class was full. And I go, “Well, shoot, is there another class I can take?” They said, “Well, there’s a playwriting class, taught by John Glore. And I went, “Okay!” I wrote my first play in that class, and it ended up winning an award and they commissioned me from that. And all of a sudden, I was a playwright.

HF: One of the things about this play is that there are really fantastic roles for women. I’m wondering if there’s a role that you can imagine yourself playing or would be interested in?
AG: That’s so funny. I get asked that about plays—most obviously the last play, Wild Horses. It was a one-woman play and kind of autobiographical. I’m so proud of the roles I write for women, because I think they are, across the board, kick-ass roles, but I can never imagine myself in them. And I think that is something I must do to ”protect the role.” Because if I knew I was writing a role for myself, I would only write my strengths in it—so it would be a very narrow part. If I completely remove myself from the process and never imagine myself in it, I can really write these daring, outrageous roles and never have to shape them into “Well, how can I show myself off?”

HF: You had the opportunity to work on this play at the Playwrights’ Center last year. What did you learn from that workshop, and what are you hoping to work on through this experience?
AG: I think that workshop was incredible in helping me understand the necessity to really help the audience understand the alliances between the sisters because these women were just so densely verbose. So you’ve got these six women speaking their letters, but we need to understand as an audience what’s gone down between the various sisters, and where they each are, emotionally and geographically. One is in San Francisco while she’s writing this letter to the other one who’s in Germany, and they’re talking about the sister who’s in Paris and why is it important that we know that? What is she doing while these others are speaking back and forth to each other? How do we let an audience know how this sister is being affected? So that became really clear to me working on it in a previous workshop and also hearing these terrific Minneapolis actors voice them and pose their own questions to me, questions that hadn’t occurred to me on my own. That was really useful, a bunch of smart actors in the room, saying, “What happened to their relationship?” and “Why did they stop talking for 12 years?” That was all really helpful. Then the National New Play Network (NNPN) sent me to the Banff Playwrights’ Lab, and I got to immediately address all this stuff and wrestle with it and figure all that out. I’m really looking forward to this workshop. I think the big difference is that it will be a lot more physical, we’ll get the actors on their feet and moving, and I will hopefully be able to understand the play more. We didn’t have an audience for the last workshop, so to get audience reaction and let the actors really have at it with these roles is going to be really exciting to hear. It’s going to be really fun to dig into it that way. 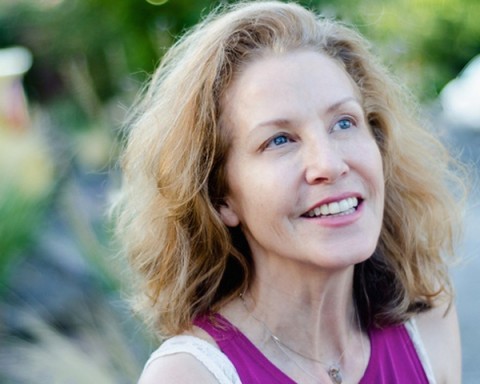