From Kristin: In September, I had the privilege of sitting down with Barbara Field, the sole female founder of the Playwrights’ Center, to talk about the origins of the Center, the future of theater, and Barbara’s storied career. Of course the nature of our craft crept into the conversation. Before I began interviewing her, Barbara asked me what kind of plays I write. We discovered a mutual passion for formal exploration in our work—structure that mirrors stories. Decades apart, we have both lived in Chicago and La Jolla, and our paths have converged here in Minneapolis.

Kristin Idaszak: I’ve read some of the accounts of how the Playwrights’ Center came to be. But before that even, what brought you to Minnesota?

Barbara Field: A husband. A professor of physics. It’s a marriage which is long since over, but that’s what brought me to Chicago, then to the University of Minnesota.

I think the thing to say is, my mother acted. Not a lot. I sort of ended her career, at the age of three, although she worked then in radio. She took me to a lot of theater. And it occurred to me I couldn’t do anything but dialogue. The reason I was interested in playwriting was partly the distance between two people onstage. It kept shifting. The power kept shifting. I couldn’t do that in a novel. So that’s what I decided to do. Some years later, I ended up in Minneapolis, with two tiny rugrats. At some point I figured out my mind was not working so I took a playwriting class at The U. Charles Nolte’s famous playwriting class. There I met several other playwrights who were also ambitious, most of them younger than I was.

Kristin: And most of them men.

We were plowing along, but finding ourselves unable to get anything produced. One of us was very businesslike, Tom Dunn. He decided that if we amalgamated and had a name we could use it as leverage to get new things done. So that was the first step. We became a not-for-profit.

What was interesting was, given the age of everybody but me—I was always ten, fifteen years older—you could write endless plays about the guy, the girl, and the bottle of wine.

Kristin: Which is not the kind of plays you write.

Barbara: Not at all. There was an executive director of the Playwrights’ Center who introduced a number of artists to the Playwrights’ Center. It made me so happy [to meet other artists who were making the kind of formally inventive work I was]. Lee Breuer, of Mabou Mines, and his wife Ruth Malachek. Peter Sellers, the director, came to visit. And he stayed with me for two nights. It was like hosting a butterfly. It was such a contrast to these younger writers who were writing about the guy, the girl, the bottle of wine—well, it certainly helped me, and I think it helped some of the other Playwrights’ Center artists too. 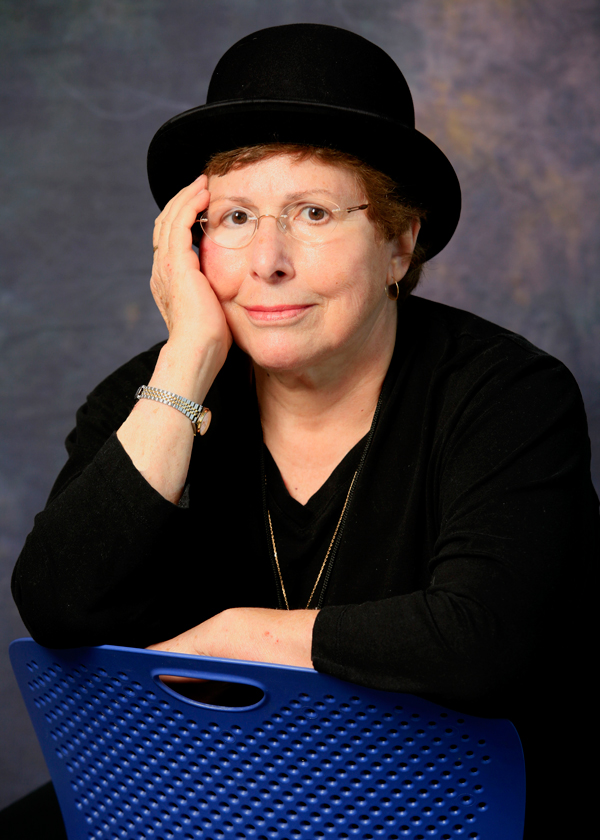 Kristin: What role has gender played, in both your career and in your writing?

Barbara: I remember being in a lot of denial about sexism. Because I was there. And because the Guthrie hired me. And I remember when the first women came [into the Playwrights’ Center]. It was three or four years after we had started. It was quite a relief. I was in denial for a long time about it. Boy, I see it now, more clearly, at the age of 83.

Kristin: Was it hard to be writing and raising two kids at the same time?

Barbara: I remember—just as we were starting the Playwrights’ Center—sitting at the dining room table while my son was tying me up to a chair playing a game. On the other hand I also remember the first thing I ever worked on at the Guthrie—King Lear—and I remember showing the production to my kids. I went back to my office but I kept coming back just to see what was going on with them. It was a nine-Kleenex King Lear. They kept crying and crying. It was amazing to be able to share the emotional impact of the work I was doing.

Kristin: How lucky for them to get to grow up in the theater.

Barbara: They might debate that. They had no choice. Also, until I got divorced, they got to grow up in a world that’s even more exciting to me, which is the world of physics. The world of supernovas and string theory and black holes.

Kristin: Has physics ever found its way into any of your plays?

Barbara: Oh yes. One called Boundary Waters, which was done out at South Coast Rep. My alimony was the physicists here in Minnesota, which was a wonderful alimony. They’re quite a mad, crazy lot. They’re very active physically. I was at a party and there was Murray Gell-Mann, he’s won a Nobel. He commutes between Cambridge and Cal-Tech. He’s now an old man, of course, but there he was, he was an ace. Very sexy. And this party was in October, and I said, “What are you doing here?” He said, “I’m taking these guys up north to see migration of the snowy owls.” And my mind was blown. Because he’s working on string theory. And he’s working on things that are not seeable or believable. And we’re going to look at a bunch of fucking owls?

Kristin [laughing]: That strikes me as a metaphor for playwriting. We spend our time in these invisible worlds, and suddenly we’re looking at owls.

Kristin: What was your time at the Guthrie like? How did that shape your writing?

Barbara: It was the most heavenly experience back then. The Guthrie started in 1963. I was hired in 1974. Michael Langham was the artistic director. A good friend of mine auditioned with a piece from my play. One week later I was hired. For what? The title was literary manager. And Michael Langham, at this preposterous lunch, said, [in a British accent] “Tell me, Barbara, would you rather work on new plays or the classics?”

I wanted to work on Shakespeare and Molière and find out how they got people onstage and offstage and everything. Then the Guthrie started using me as an adaptor. In 1975 they put on The Christmas Carol. Which is how I’ve paid the rent for the past forty-some years. Doing adaptations was heavenly. You had to figure out what that writer wanted to say, what his style was, how you could contrive to get inside it. It’s about craft. 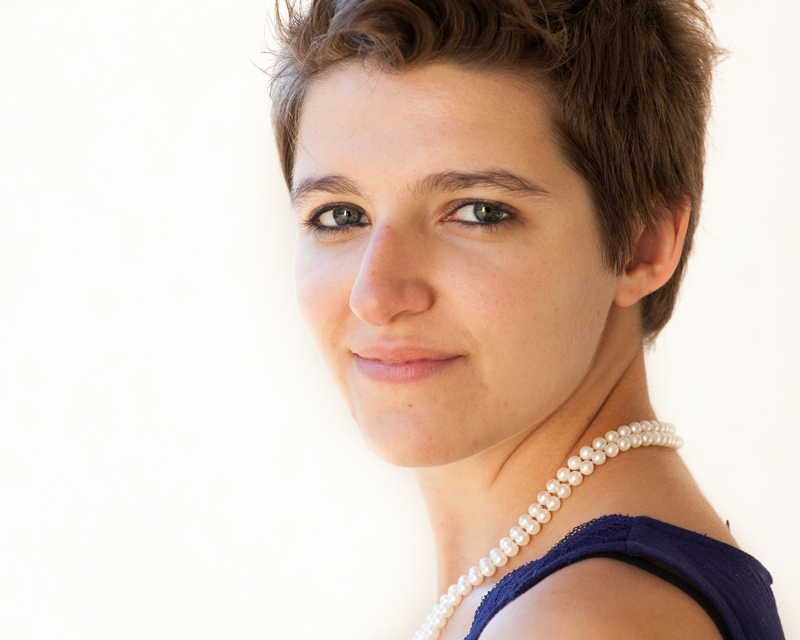 Kristin: That’s so funny you say that, because I taught myself how to write by trying to adapt Medea. I understood language but I knew I didn’t understand how story worked. So I thought, if I could just see how Euripides does it—and so, I just thought, I’ll go through scene by scene and try to analyze what the heart of the scene is and why.

Barbara: And what is the style!

Barbara: It’s just fascinating. Dickens was basically a playwright. That [A Christmas Carol] was a piece of cake, no problem. And later I did Great Expectations. Again, he did it. I did two Russian plays. A Gogol, called Marriage, which people don’t know but should. And a Russian came over to direct it, which was an experience in itself. He didn’t speak a word of English, but we all changed with that. And then I did a Bulgakov play about Molière. The Royal Shakespeare Company did a fabulous production of it. It’s about the big mean man, Stalin, but it was Louis XIV, you know. And it was brilliant.

What happened from 1963 to the 1980s—and this is spoken from the heart, as a playwright—we had an audience so sophisticated and knowledgable they were willing to go for anything. And that does not particularly serve the social needs of a community. But still, whenever [the other Playwrights’ Center founders and I] get together now, whatever city or state we’re in, we say, “We were so lucky. We were so lucky.”

Kristin: And now we’re faced with the question of how you lead your audience into the future.

Barbara: First of all, we have an obligation, which I don’t think in 1963 anyone thought about, to serve the whole community. It’s a serious one. And it’s going to make it a different theater than the one we had, and I think that’s great. I think it’s time for a change. I really do.

Barbara: I think in addition to everything else that socially has changed, we’re in a different technological world. I think more playwrights will continue working for television. Some of it can be absolutely brilliant, and really good artists can be very happy doing that. But on the other hand, I keep looking to plays that can’t be put on television. That aren’t naturalistic or family dramas of the Eugene O’Neill type.

Kristin: I know something I’ve been thinking about is asking the audience to participate in different ways, that’s not just sitting back and watching.

Kristin: That’s truly activating the audience. That’s how I’ve been thinking about defining theatricality. I want the audience to be—

Barbara: In the story in a different way.

Kristin: Yes! And really engaged. I think about that with every story I set out to tell. How am I bringing the audience into the play?

Kristin: What advice do you have to a playwright who’s just starting out?