Core Writer Martyna Majok is workshopping Sanctuary City at the Playwrights’ Center this week, with director Hayley Finn and actors Thallis Santesteban*, Silas Sellnow, and Michael Hanna* (*Member of Actors’ Equity). In the play, Pre-DOMA and pre-DACA, a recently-naturalized teenage hatches a plan to marry her undocumented gay best friend in order for him to stay in the country, which stirs up doubts and desires that threated their almost life-long friendship. An interview with Martyna:

You had your first Playwrights’ Center workshop last year, working on your play queens. What was that process like?

Wonderful. I arrived in early January in something like -5 degree weather and proceeded to be very productive. I discovered much about my play and where it was going through being able to work in a concentrated way with my director, away from home, in an inspiring, snowy city. And the actors were wonderful. Minneapolis has a wealth of talent and I was grateful to meet and create with them.

How do you write plays about political or social issues without becoming didactic?

By writing people first—characters with histories and preferences and flaws and obsessions and dreams and nightmares—not just ideas or representatives of a viewpoint. And by welcoming and mining characters’ contradictions, particularly ones that might be against their own “cause.”

Easier said than done sometimes, but I think we need to stay curious and nonjudgmental and encouraging at the early stages of creation—so we don’t limit imagination—and then at a much later state of development, if we’re asked, be very honest about our experiences. That’s what I’d hope people would do with me. And to show up whenever you can. It’s good for both of you. There’s not really a play I’ve seen or read that I haven’t learned something from.

Why do you write plays?

A few years ago, I was considering giving up playwriting. I asked myself—if I stopped writing right now, what would I regret not having said? That became Ironbound. The play’s largely inspired by my mother’s life and some of the similar choices we made, choices I had judged her for until I realized (the hard way) that my own were not all that dissimilar. Where our adult lives ‘met each,’ in a way, was through this play.

I do not write as therapy. But I do write to better understand myself and others. And it can be humbling and straight-up embarrassing (when I’m being honest). I can’t hide from the truth in fiction for the stage. The audience doesn’t let you get away with it. Or the actors. I think this is why I keep making theater. Writing can be agony for me—digging up my demons in order to orchestrate them into a satisfying arc is not my idea of a great time. But I keep doing it to get closer to some kind of truth. If I knew all the right answers, I’d write fiction in a room by myself. Or not write at all.

My plays start out as hypothesis. And then come the collaborators. If I don’t entirely like to write, I love more than anything in the world being in a rehearsal room. It is where I’m able to lose myself, trying to make something with other people hopefully in service of even more people. I want what I make to be useful. And I think it’s important to feel seen. So my plays tend to be peopled with composites of folks I know (or am), from the area wherein I grew up—characters who are low-income, often immigrants or people who are displaced in some way, women pursuing dignity and survival. I hope to contribute to people feeling seen in a true and complex way, in ways perhaps they (we) have not always been represented.

I don’t know about a particular phrase but I do Google theories and opinions that a character likely wouldn’t agree with. It’s a way to get to know an opposing viewholder’s top counter arguments and experiences in order to muse on ways to challenge that character—and the play. And that can make for some tough—sometimes weird—reading.

I recently came in to read in a small section of another playwright/composer’s piece in process and I was struck by the awe and excitement he had for his own material when introducing it to us—the way he talked about the subject, what he was thinking and endeavoring, his joy in the act of creating. I can get stuck sometimes on how to make the play “right”—or the “right” play—and that was a reminder to seek wonder. To try to stay open and curious as much as possible for as long as you can in the process of making. To seek out that which feels most alive—especially to you, the creator, maybe most of all. My favorite aspect of this art is how collaborative it is both in the rehearsal room and at its final stage of creation—with an audience. But witnessing that artist’s enthusiasm reminded me to look at those moments alone in a room—just yourself and your imagination—as chances for great, bold wondering.

Searching. Questioning. Trying to be useful. The things I’m doing now through playwriting but in some other form.

How does being a writer shape your day-to-day life?

You’re writing all the time in all aspects of living. In living, you’re gathering for your art, consciously and not. You’re constantly filling the well with every experience you have, with everything you read and see. You’re always aware and seeking, even when you don’t think you are. All your interactions have the potential to be something else, to live again, to be investigated, and to reach other people. 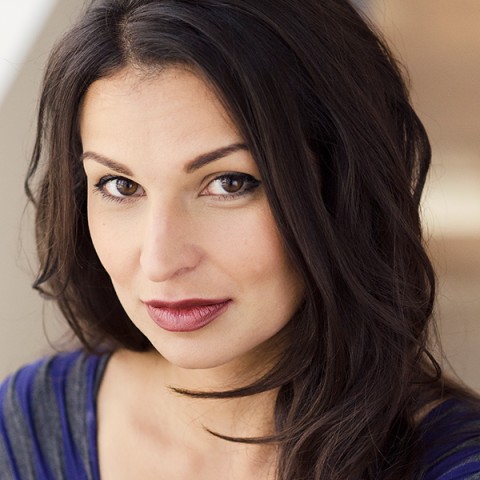