How important is location in your plays? How do you approach writing for a specific place?

It’s often a pretty specific decision. Certain plays have sort of had to be in a specific city (A Walk in the Woods, Two Rooms, When We Go upon the Sea are good examples). Others need to be in a specific sort of room (Lake Street Extension, A Body of Water, Perilous Night). Yet others seem to exist more on the stage itself as a metaphor for a certain consciousness we share with the characters (Eleemosynary, Cobb, Whores come to mind). In general, location is a clear statement of who the characters are, whether they’re rich or poor, secure or unmoored, at home or wandering. It needs to be a place we want to be for the next hour and a half, so it should feel rich with potential. It’s nice if it’s not a place we feel we’ve been a million times, but with some plays it’s hard to avoid that. Still, we should always try for something that feels a little novel.

Most of all, it needs to feel like the only place possible in which to tell this story this way. I sometimes use places that come out of my own personal experience (Great Falls, Riches, Independence)—places I’ve been or lived in or visited. Those can make for strong choices.

What is it like to hear your plays with actors for the first time?

A tremendous relief—it means someone has decided to pay actors to read my play. Generally of course it feels better with actors every additional time through the script, since they’re gaining more and more command of it as they go. But I’ve done this long enough not to be surprised that the characters “come to life” in the mouths of actors. I’d be surprised if they didn’t.

How do you write about political or social themes without becoming didactic?

By making the issues human. Every political/social theme is by its nature about the lives of individual humans taken together as a society. A speech or a column can be about a society. A play can only be about individuals.

What has been your favorite response to a play of yours?

Writing it was slow and tortuously intuitive, which is always the hardest and most painful way to write a play. Some plays just have to come that way, apparently. Nevertheless, I was very happy with the final product. I wish the process could have employed more planning and outlining. That way of going at things is nearly always swifter and more efficient. Perhaps the process was slow and painstaking because the central character was someone who was far away from me in some ways. Whatever the reason, the fact that the script succeeded in the end made its creation, no matter how difficult, all the more satisfying.

Nicer than I am now—though even more clueless, if that’s possible.

What is something you’ve never seen on stage but would like to?

Like all of us I live for Whatever’s Coming Next, in terms of innovation in theater. I used to want characters to break a lot of props in my plays, but I always ran into resistance from the folks who ran shows. Then I saw McDonagh’s The Lonesome West, which breaks everything on stage every night, and got really pissed off. So I guess I’d like to see just one of my plays of mine enjoy that sort of license.

Rochelle Owens inspires me. She wrote one of the great, pioneering off-Broadway plays of the 1960s, Futz. Actually, she wrote in the late 1950s while working at a clerical job in Manhattan. She created it with no institutional support from anyone and with only limited contacts in the world of theater. In other words, she wrote it in a vacuum. And it was brilliant. That inspires me.

What is something you’re good at that few people know about? 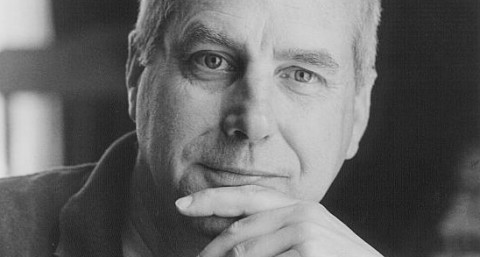