Core Writer Larissa FastHorse is workshopping The Thanksgiving Play at the Playwrights’ Center this week—her first time developing a play here. She is collaborating with director Dámaso Rodriguez**, dramaturg Luan Schooler, and actors Billy Mullaney, Peter Christian Hansen*, Jennifer Blagen*, and Pegeen Lamb (*Member of Actors' Equity; **Member of Stage Directors and Choreographers Society). Join us for a reading of the play Wednesday, December 14 at 6 p.m. at the Playwrights’ Center. Reserve your spot »

We asked Larissa a few questions:

Tell us about your Joe Dowling Annamaghkerrig Fellowship and trip to Ireland. What did you work on, and what else are you working on this year?

I don’t apply to residencies because I travel a great deal already. So when Joe Haj awarded me this fellowship to work in Ireland I really didn’t know what to expect. Tyrone Guthrie, who is fondly remembered there as Sir Tony, loved Ireland which is why Annamaghkerrig was preserved in the revolution despite his being English. When he left his estate to be an artist retreat there were two requirements, that it be run by both Northern Ireland (England) and Ireland jointly and that all artists eat together every night. What seems simple to us Americans was a deeply political move for peace and a belief in the power of artists to heal what nothing else can. As a member of a sovereign Native American nation who is also a life long artist, those things resonated deeply with me. I will forever have a special place in my heart for Annamaghkerrig.

With that historical backdrop and its magical setting, I wrote more than I’ve ever written in two weeks. I completed the entire first draft of The Thanksgiving Play and a rewrite of Urban Rez. I’ve chosen The Thanksgiving Play as my first project to work on with the Playwrights’ Center because it is a straight up comedy, with a bite of course, which means it needs audiences. I’m developing it with Artists Rep in Portland and need to have Twin Cities audiences add their laughs and voices to the ones in my head. Because it was written from a Guthrie fellowship, it means so much to me to have it developed at the Playwrights’ Center.

My dream is that theater will be a space without rules for the audience. A place where we trust the audience to experience plays in the way they want to experience them. Where all people of all cultures feel welcome to have a social gathering in the way they choose to have it. I get so frustrated at the theater. Seriously, why are there so many negative rules? Who wants to come to a place where you are immediately told all the things you cannot do, told to shut up, sit still and “enjoy the show”? I just did a play with Cornerstone Theater Company where there were NO rules. Not one. We let the audience determine how to experience the piece, how to interact with each other or not. We trusted the audience and we trusted the art. It was magical and fun and people never wanted to leave the space. When something “important” happened in the story, this audience without rules was dead quiet. No one had to tell them to be, it was simply natural. Trust your audience. Trust your art. So my dream is already happening but in singular experiences. I fear it will take 45 years for the field to catch up.

I don’t have a specific phrase, but I can tell you that after writing a piece about smuggling things across the Mexico/US border I was the “randomly selected passenger” every single time I flew for several years. I don’t want to type what things I researched because I fly a lot and really don’t want to go through that again.

I’ve been an artist all my life but I didn’t come to playwriting until I was in my mid-thirties. I used to feel bad because I wasn’t a theater kid. I didn’t do plays in high school. I didn’t go to a college drama program. I wasn’t a theater nerd at all. I was a ballet dancer and my husband is a sculptor. My parents love classical music and books. Now I can recognize what a gift all of those things are. I have a wide breadth of influence to pull from. I also have many places to go to get away from theater but still be inspired as an artist. I believe that is also key to my not burning out despite having a wonderfully intense production schedule the past couple years.

How do you think about the audience as you write?

Up to now as a writer I’ve been very consciously writing on a human scale. I ask audiences to take crazy journeys with me that also have social justice outcomes hidden in them. I chose to take them on that journey psychologically instead of theatrically. My plays are intentionally naturalistic to the point of being deceptively simple because my personal belief is that if I can get inside people’s heads and hearts, the “message” will stick longer. I am actually trying to change the way they think in the moment, and I need to carefully keep them from armoring themselves against that change. 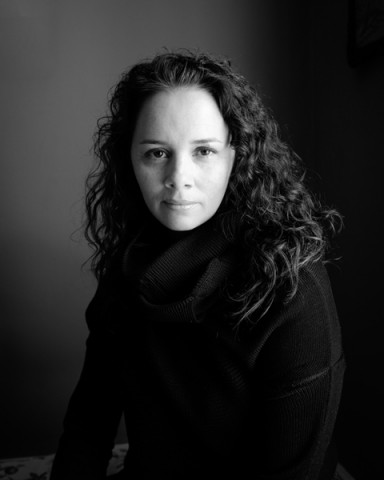