Core Writer Kira Obolensky is workshopping The Overcoat at the Playwrights’ Center this week with director Lisa Channer; composer Brian Harnetty; and actors John Catron*, Maggie Chestovich*, Christina Baldwin*, Billy Mullaney, Emily Zimmer*, and Sasha Andreev* (*Member of Actors' Equity). The Overcoat is a musical retelling of Gogol’s short story about a man who finally gets a new coat, only to have it stolen. A mini-interview with Kira:

Tell us about Stewardess, the play you are working on for History Theatre.

Stewardess is a fantasia on gender equality that weaves together three stories: the story of  a flight attendant named Mary Pat Laffey who fought for gender equality; the birth of feminism as seen through Gloria Steinem’s trajectory as a writer; and an airline CEO who speaks to us from his grave about fighting the unions. Along the way, it looks at the connections between the fight for civil rights and feminism and contemplates what makes people take actions that support their belief systems.

Your Mellon residency with Ten Thousand Things was renewed for another three years. How does a long-term residency like this influence your writing?

The residency—and its renewal—has had a big influence on my writing. For one, it’s allowed me to create a body of work, written for a specific theater with a really incredible audience. Ten Thousand Things’ audience includes people who don’t typically have access to the theater, as well as those that are theater-savvy: writing for such a range of audience members forces my heart and brain to work extra hard! It’s also galvanized and confirmed for me what I have always suspected about the theater—that it is somehow strongest when it asks the people watching it to use their imaginations.

I saw a young magician named Ben Seidman perform in Viroqua, WI.  My mouth was open in total amazement and awe.  (I love to feel that way at the theater, too!)

I am devising a play with a group of fabulously funny and talented actors about a car wash. (This will go up in TTT’s 2017-2018 season); I’m writing a book about the devising process; I’m writing a musical inspired by The Overcoat with composer Brian Harnetty.

Theater will be necessary, accessible, and available to everyone. If you go to the theater to see a play you may well be required to participate in it in some way. (Maybe you determine the ending?). Every community center will have their own theater and their own resident playwrights. 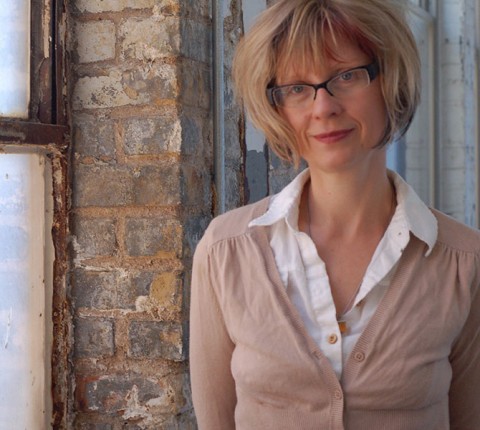